Enlisting time-honoured traditions in the fight against the devastating effects of climate change. The new challenge for architects and designers. But technology is here to help us adapt to the changing moods of nature.

For Sandra Piesik, a London-based architect of Polish origin who has spent years studying climate change, inspiration came during a visit to Dubai to oversee the construction of a skyscraper. It was not the city but the surrounding desert that captivated her, and especially the Bedouin technique of weaving palm leaves together to build quick, lightweight and exceptionally robust tent frames.

She remained in the Emirates for seven years, studying the external environment and the palm-leaf structures that so fascinated her, and exploring ways of evolving them. After numerous experiments using various technologies, she developed a construction method which can be extended to cover areas as big as 500 square metres – although the typical Bedouin shelter measures just two metres by two.

We might say Sandra Piesik has made a leap of faith. She has seen with her own eyes the signs of the paradigm shift that climate change and the need to protect our planet is imposing on us. This requires us to abandon the global dogma of the international style and its unquestioning reliance on concrete, steel and glass, instead conceiving buildings in terms of their life span, the dialogue they establish with their surroundings, and the way their occupants use them.

This crucial issue is now part of the global political agenda. The Paris Agreement, formalized at the Paris climate change convention (COP21) of December 2015 attended by representatives of 195 nations, traces a road map which not only imposes limits on CO2 emissions and introduces incentives for the adoption of alternative energy sources but also calls for vernacular building methods - a priceless heritage which has evolved over the course of thousands of years – to be adapted to the needs of today's world.

Sandra Piesik is convinced of the importance of this measure, and after her experiments in the deserts of the Middle East she turned her attentions to other environments in other continents.

She has published her ideas in a book, Habitat: Vernacular Architecture for a Changing Planet (Thames & Hudson).

Basing her approach on the Köppen-Geiger classification system which divides the planet into five climate zones – tropical, dry, temperate, continental, and polar – the author accompanies her examination of each zone with images of the vernacular architecture found in each. 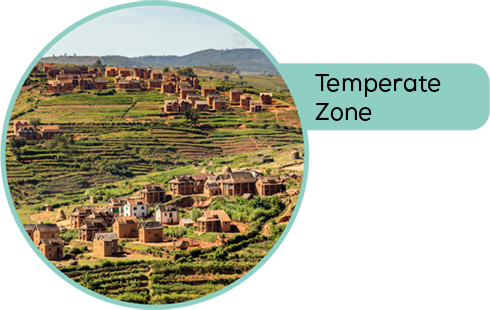 She reveals, for instance, that in earthquake-prone zones there are buildings made of wood and mud that have stood for centuries; that countries on opposite sides of the globe but in the same climate zone have developed very similar architectures using the same kinds of plant; and that all societies in dry zones use earth, straw and palm leaves in their traditional construction methods.

Wood, stone and brick are the typical building materials in the temperate zones, and have given rise - in Europe especially - to architectural styles that have ended up colonizing many other parts of the planet.

But modernity and globalization have helped spread "alien" building styles that are unsuited to the local climate, which have neutralized originality and scorned the use of natural local materials, making sustainable design more difficult. 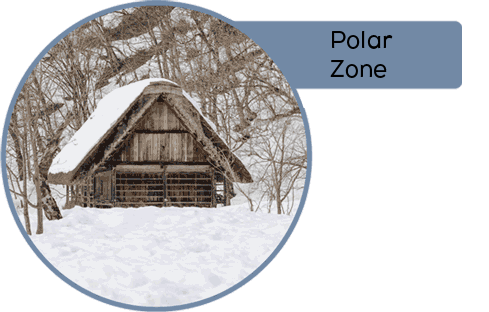 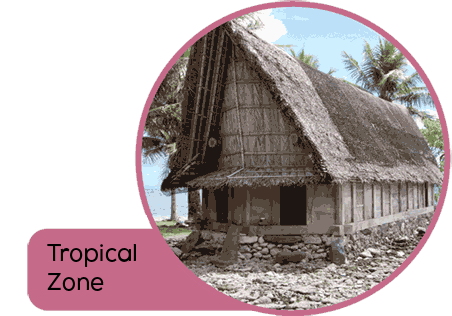 Piesik has no doubts: the key concept for the future is adaptability.

The unpredictability of climate change compels us to adopt a completely different approach. If we want to escape the more devastating effects of climate change and face up to the challenges nature has in store for us, we have to embrace a holistic, multi-disciplinary approach which fuses the power of technology with the solutions developed by humanity over the course of millennia.
Stefano Rugginenti, a nuclear engineer by training who now lectures in physics and energy systems at Milan's Politecnico, points out:

“It's technology that will allow us to adapt. It can help us conceive and verify the feasibility and sustainability of a project before we've even built it. Nowadays we have dynamic, predictive systems that can even allow us to modulate energy consumption according to necessity. Complex problems require complex solutions. And nature is nothing if not complex.”

From bycatch to surplus

How to safeguard marine biodiversity: saying yes to focusing on minor fish species to curb the exploitation of commercial interest stocks.

Nature vs. Man
How destroying biodiversity and ecosystem balance is responsible for at least half of emerging diseases.