FROM BYCATCH TO SURPLUS 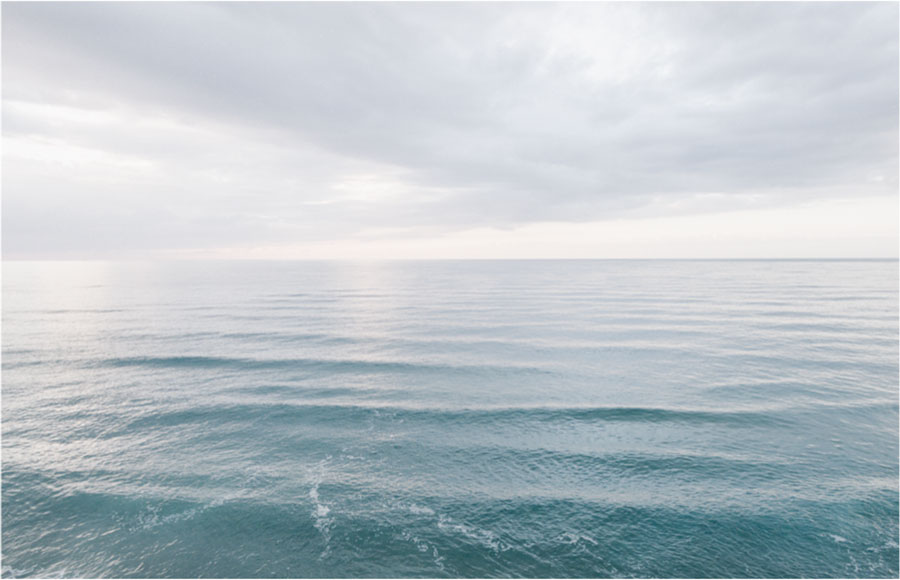 Of the approximately 17,000 species (according to figures by the WWF) that make up the marine biodiversity of the Mediterranean, 33.1% are fished in volumes beyond their limit of biological sustainability. The ISPRA environmental yearbook for 2019 provides a snapshot of the situation in Italy, and exposes serious overfishing of commercial fish and invertebrate stocks in Italian waters as a result of so-called target fishing.

Sadly, the fishing industry tends to invest only in those few species on which demand is concentrated, while making no attempt to influence or change the factors which actually shape demand. Industrial fishing has exacerbated this trend, further accentuating the excessive reliance on the few species which happen to be in fashion.
The challenges are many and complex: overfishing, the destruction of marine habitats (by invasive fishing methods like bottom trawling), the impact of climate change, illegal fishing and poor management.
In 2013, the European Union introduced a new concept in fish farming and sustainable fisheries with its Common Fisheries Policy (EU/1380/2013), which obliged all member states to modify their national policies accordingly by 2020.Under the Regulation, in 2019 a landing obligation entered into effect which forces the fleets of all EU member states* to hold and land all fish they catch, including undersize and over-quota fish, in an attempt to abolish the practice of throwing bycatch back into the sea. It's estimated that every year over 7 million tonnes of fish are thrown back into the world's seas (source: FAO).
The adoption of selective fishing techniques which reduce bycatch is one of the most promising solutions.
But we can also view the situation from another vantage point, welcoming the unexpected in a constructive spirit. 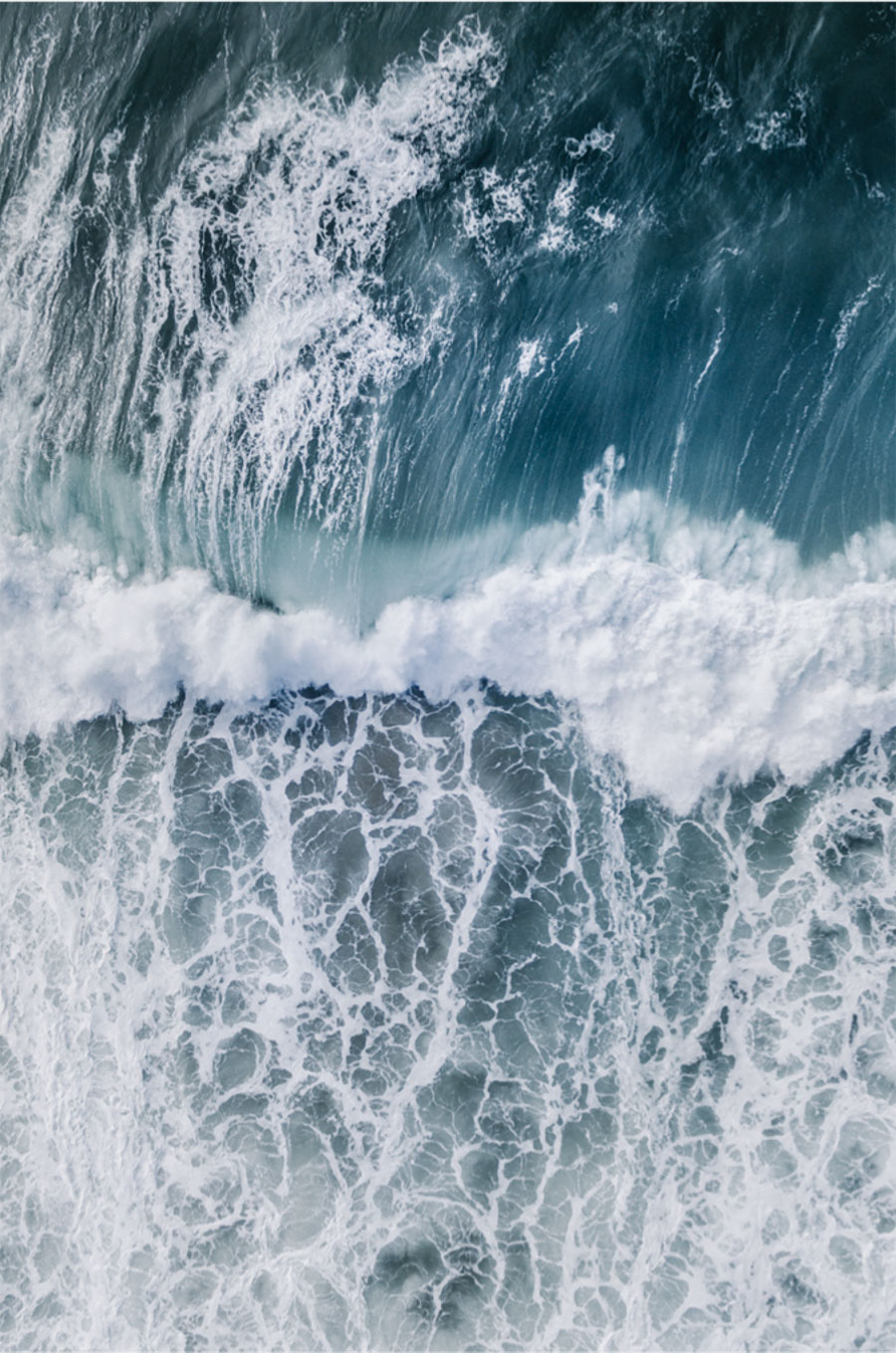 Unpredictability presents us with an opportunity. And the notion of "bycatch" simply vanishes.

There are around 300 edible species of fish in the Mediterranean, not including molluscs and crustaceans: so why not diversify a little, and help protect the biodiversity of our seas in the process?

The Italian Cooks' Federation and the Italian ministry of agricultural, food, forestry and tourism policy have been working to raise awareness of lesser-known and "surplus" fish species with an information and promotional campaign that brings some lesser-known varieties of fish into the public eye - complete with information on each species' seasonal behaviour, its value as food, its flavour and texture, and above all its convenience of use. Take the various kinds of "blue" fish, for example: they're tasty, highly nutritious, and cheap - but because nobody knows much about them, they're often sold off as industrial feed.
Moving in the same direction is Testa Conserve, the prestigious Sicilian tuna fishing and processing company known for its Atlantic bluefin tuna preserves packed in glass jars. It's recently started producing a range of sustainable, traceable fish specialities which include so-called "surplus" species, also known as forage or throwaway fish. 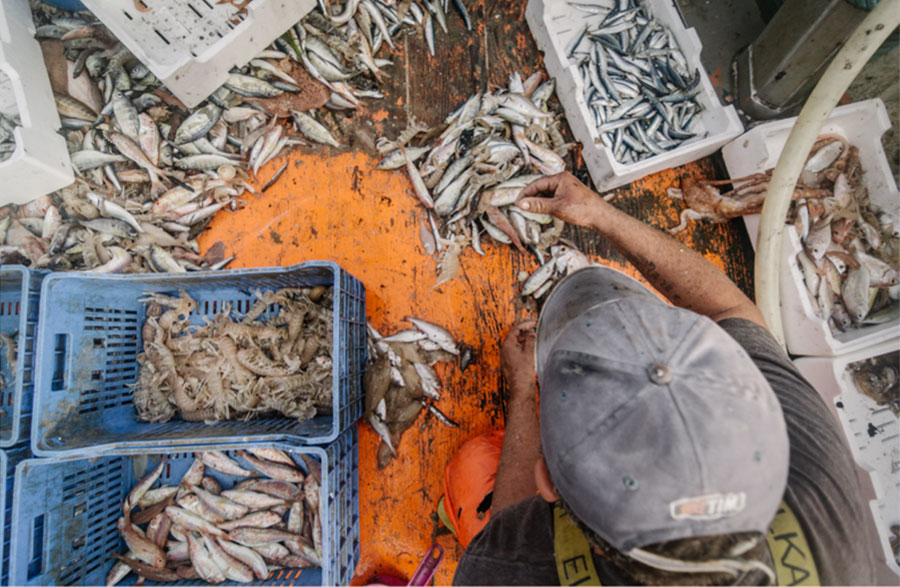 So is there some kind of sustainable fish certification system in place to support initiatives like these?

The only certification scheme for sustainable deep sea fishing is Ecolabel. It's operated by the Marine Stewardship Council, a no-profit organization whose standards are based on the Code of Conduct for Responsible Fisheries published by the UN agency, FAO.
In Italy today, only one company in the primary sector, the clam farmer O.P. Bivalvia, holds sustainability certification. A further 9 companies are members of the BluFish Project, an initiative designed to move the fishing industry towards greater sustainability. Outside of the primary sector, the only companies to hold certification operate in the processing of fresh and deep-frozen fish, food service distribution, food storage, and deep-frozen ready meals for the retail sector.

“It's important to remember," notes Francesca Oppia, Program Director for MSC Italy, "that our country imports over 65% of its requirements in fish products. And most comes from developing countries, which makes sustainability an even more pressing concern. Right now, over 120 Italian companies hold Chain of Custody certification, which means the fish products they produce and sell are sustainable. The market segment where "blue-label" products are most in evidence is the deep-frozen sector, followed by preserves. Much remains to be done regarding the fresh product, but we're on the right track: the volume of MSC-certified products sold in Italy grew by a third between 2018 and 2019, and our country is the world's seventh-biggest producer of MSC-certified fish products by volume.”

So perhaps Testa Conserve will be the second Italian company to obtain national sustainability certification. And provide one more example of good practice that opens the way to new trends in the production and consumption of fish that are driven not by fashion but by environmental impact.

Nature vs. Man
How destroying biodiversity and ecosystem balance is responsible for at least half of emerging diseases.

Abandoning the International Style codes and the certainties of concrete to resist climate change.
Just like history teaches us the world over.