Protecting biodiversity
is good for your health! 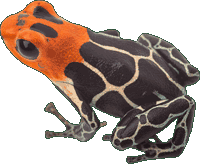 Virus. Pathogen. Infection. Research. Cure. All words that have become part of our daily lives in recent months.
Human illnesses can be generated by all kinds of microorganisms, but the ones that give most cause for concern nowadays as a serious and emerging threat are viral zoonoses with origin in the wild, also known as zoonotic diseases: those which are transmitted from animals to humans.

But what conditions favour transmission?
Is it all a matter of chance, or can certain patterns be predicted?

According to the World Health Organization, 75% of known human diseases come from animals, and 60% of emerging diseases from wild animals; there are over 200 known zoonotic diseases and the symptoms they cause in humans account for around a billion new infections, and millions of deaths, every year.

But what would happen if every virus were to disappear from the face of the earth? According to virologists and experts in ecosystems, it would be a disaster (BBC Future): for viruses play an essential role in the biogeochemical cycles which regulate the biosphere by limiting the proliferation of bacteria. In this respect they have a considerable influence on life on our planet, although the full ramifications of this influence are unknown and much remains to be discovered. We don't even know exactly how many types of virus exist just now.

The coronavirus in particular is a huge family of viruses found in many animal species, often with no adverse effects on the host organism; but when a pathogen jumps from one host species to another, a phenomenon known as spillover, it may cause all kinds of pathologies, of varying degrees of severity, in the new host species.

SARS-CoV-2 has been found to be similar to other coronaviruses present in certain species of bats, which may originally have constituted the virus's natural "reservoir" – but it isn't yet clear which animal species have served as intermediary hosts. Every time the virus infects a host, it mixes its own genetic patrimony with that of other viruses already present in the host organism. Pandemic viruses are unpredictable, constantly mutating and evolving and taking on new characteristics, which makes it difficult to trace their origins or frame their trajectory from an epidemiological perspective.

First we have to examine the notion of ecological distancing. A distant and rather more complex relation of the social distancing we've all become familiar with in 2020.
The causes of spillover are to be found in the changing rapport between humans and nature, our environmental footprint, and the factors directly related with our impact on natural ecosystems and the wildlife species found there, all acting in combination with one other factor in particular: climate change.
The link between zoonotic diseases and the environmental question has been highlighted by leading supranational bodies such as the WHO and the United Nations. A recent report by WWF Italy, Pandemics: The Boomerang Effect of Ecosystem Destruction. Protecting Human Health by Preserving Biodiversity, reveals the close ties between the diseases which are ravaging the planet and the epic scale on which our natural resources are being depleted through loss of habitat, the creation of artificial environments, the trade in genetically-modified species of wild animals, and the destruction of biodiversity in general.
Changes in land use and the destruction of natural habitats are believed to be responsible for at least half of the emerging diseases which now threaten us. These new conditions have been created by humans, and are affecting the ability of ecosystems, populations and individuals to fight the microorganisms responsible for certain diseases.

According to figures in the 2019 report by the IPBES (Intergovernmental Science-Policy Platform on Biodiversity and Ecosystem Services), 75% of the terrestrial environment and around 66% of the marine environment has undergone significant modification, and around 1 million animal and plant species are at risk of extinction.

Nearly half of the forests that once covered and protected our planet have disappeared. 80% of the planet's terrestrial biodiversity is to be found in its forests, the ecosystems which are home to millions of species: most of them unknown to science, and including viruses, bacteria, fungi and many other organisms (even parasites) which exist in harmony with the environment and the species in whose company they have evolved. The forests perform all kinds of useful services to our planet, and protecting our health is far from the least important.
We might say forests are a natural form of antivirus.

As the scientist, author and National Geographic journalist David Quammen wrote as early as 2012 in his book Spillover, envisaging a pandemic sparked by the leap of a dangerous pathogen from an animal species to humans:

“When the trees fall, and the native animals are slaughtered, the native germs fly like dust from a demolished warehouse."
(Spillover: Animal Infections and the Next Human Pandemic; W.W. Norton 2012)

What are the probabilities of spillover triggering a pandemic? 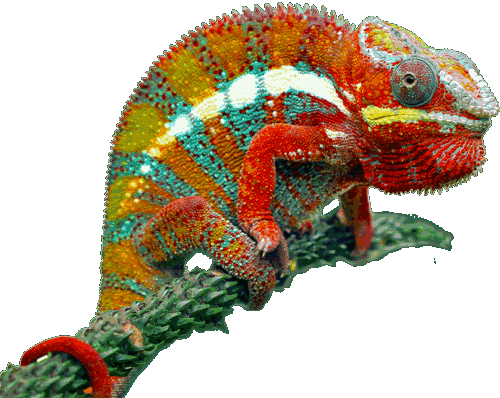 From bycatch to surplus

How to safeguard marine biodiversity: saying yes to focusing on minor fish species to curb the exploitation of commercial interest stocks.

Abandoning the International Style codes and the certainties of concrete to resist climate change.
Just like history teaches us the world over.