a conversation with Oscar Farinetti

I go to the land that belonged to my ancestors, and in particular to my remarkable grandfather Bartolomeo, the farmer. The place of my childhood. A place of carefree joy.

Now, The Langhe is the most beautiful area in the world, the most desirable, the most in-demand, with a great many visitors. The same place that until recently (no more than 50 years ago) was a land of ruin, desolation, scarcity and poverty. The region where working the low, bitter land, which broke your back, gave nothing in return. Today, it is the land of Barolo, the white truffle, the round, gentle hazelnut, exquisite cheeses, Piedmontese cattle, charming resorts and michelin-starred restaurants.
I often go to visit, because I love it, and I have a vineyard there, all that remains of my past. I produce Arneis, the wine that my grandfather drank as an aperitif: two fingers (a stisa) in the glass, just before sitting down to Sunday lunch.
It isn't really me that produces it, but my business partner, Oscar Farinetti, the well-known founder of Eataly.
I meet him at Agricola Brandini, the winery where my "Bartolomeo" wine is created. At the table, with salami, Roccaverano robiola, bread and Arneis, I ask him a few questions about his latest literary work: a book called Serendipity.

My dear Oscar, can someone who has got everything right confirm that it is good to make mistakes?

Oscar: It isn't true that I don't make mistakes, I do all the time - I make a lot of mistakes, even really obvious ones. But the best luck often comes out of those mistakes.

What do you mean?

Oscar: It's simple. I make mistakes - we all do. I am imperfect, we are imperfect. But this isn't a bad thing - on the contrary. Perfection doesn't exist, and if it did exist, it would be boring. We would have already said and done everything. We would have no stimuli. Do something, it's good! That is it. We need problems in order to grow. Mistakes push us to improve, to improve we need to do things, and people who do things make mistakes. And then there is fate, events independent of our will, which we have to learn to live with and adapt to, maybe by going in new directions. Sometimes circumstances come about that change the course of history.

I didn't know you believed in fate.

Oscar: Fate is a part of our lives. That meteorite with a diameter of nearly 10km, which shattered near Yucatan in Mexico 66 million years ago, almost certainly caused the extinction of the dinosaurs, who until that point were the undisputed rulers of the planet. If that celestial body hadn't hit the Earth, we humans probably wouldn't exist.
In short, over around 3 billion years - that is, since living beings appeared on the planet - a multitude of fatal events, mistakes and adaptations have produced a magnificent result: our own lives.

But it can't only be a matter of fate, luck or misfortune that has defined history, surely?

Oscar: No, you're right - let's say that we humans are the fruit of a series of imperfections that achieved a certain success, considering that we are the ones who got the upper hand, out of all living beings... At least that is how it seems.

What is really needed, then?

Oscar: Ingenuity. We reached this position thanks to our inventions. An infinite number of discoveries, starting with fire, all the way up to the internet.
To invent, it is necessary to do research, experiments. Sometimes everything goes in the right direction, other times we make mistakes and it ends in failure. There are also cases in which impressive results are obtained without meaning to; planning to achieve a certain result, and ending up with surprises as astonishing as they are accidental, which become an unexpected global success. Any shining examples? Christopher Columbus was looking for India and discovered America, penicillin and X-rays were created by accident, and also the microwave oven, cellophane, dynamite, post-it, Viagra... And many more. 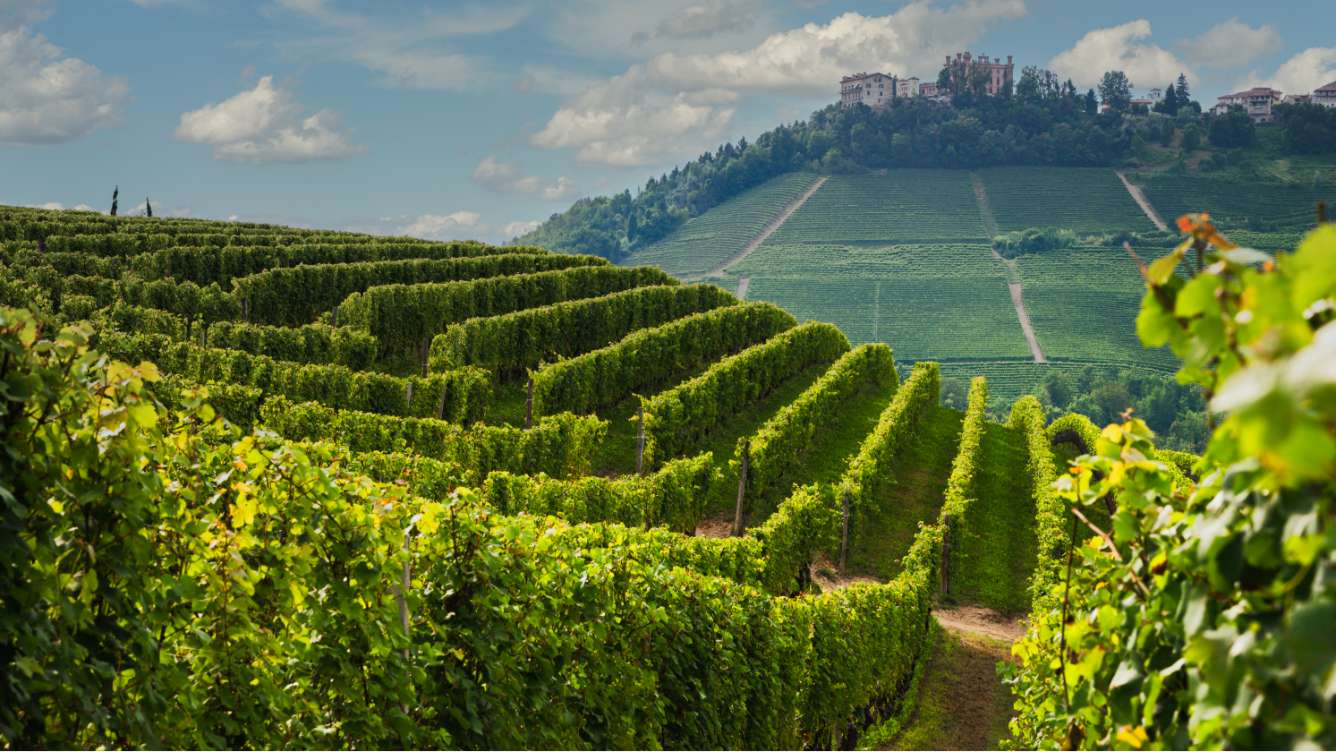 Can ingenuity and chance go hand in hand?

Oscar: In 1754, the English writer Horace Walpole coined a new term: serendipity, to define a discovery that comes about by chance. Walpole invented this neologism taking inspiration from an ancient Persian legend, which tells the story of three princes, the sons of Giaffer, King of Serendip (present-day Sri Lanka). The three noble brothers, travelling around the world, accidentally discover many things they were not searching for.
So this is a term that is part of the family of author-coined words, invented out of necessity, and it isn't even very recent: it has already been around for 266 years. It isn't common; in fact it is used very rarely, but when it is, it provokes wonder and curiosity. The word "serendipity" was invented to define all those discoveries that came about by chance, while someone was looking for something else, but over time its use has also broadened to define great inventions, and general good things, that have intriguing backstories based on chance. Serendipity is everywhere.
I've written a book with it as the title! In it, I speak about the great events of serendipity that involve my profession: food. I have already been working professionally in the food & wine sector for almost twenty years, but I have been an enthusiast for more than double that. Studying the stories of food products, I have come across incredible moments of serendipity. The majority of the stories I tell are orthodox, in the sense that they involve highly successful and widespread dishes or drinks that were created literally by accident, while the inventor was looking for something completely different, such as Coca-Cola, Gorgonzola, or Nutella, which came out of the idea to collect the pieces of gianduia that melted in the summer in recyclable glasses.

Another group involves delicacies created simply to fix an error, a lapse of memory or an accident, such as Russian salad, invented in Racconigi from a variation of "rusa" salad, which was made with beetroot, to welcome a delegation of Russians; grissini, which were created by mistake in the 17th century, from an attempt to make bread without the soft inside, because Prince Amedeo couldn't digest it; or Panettone, which was created by mistake at the Court of Ludovico Sforza thanks to the ingenuity of a scullery boy, 'Toni, who, after burning the official cake for Christmas dinner, created a new one by mixing rich, sweet bread dough with candied peel and raisins, leaving it to rise for a long time. And this is how Pan de 'Toni (Toni's Bread) over time became the official cake for Christmas all over Italy, and around the world.

Yet more stories involve dishes, raw ingredients or drinks whose origins are so full of adventure that they deserve to be told, such as the origin of chilli, Milanese Risotto or Barolo wine: in 1841, a royal frigate set sail from Genoa with Cavalier Mameli at the helm, destination Brazil. In the cargo were 141 barrels of red wine, produced in Pollenzo with local Nebbiolo grapes between 1838 and 1840. This was not a sale, but a transportation test. An experiment, essentially. After two years of tastings, between thermal shocks in all the seas of the world, the wines were to return to Piedmont, and so they did. A document signed by General Paolo Francesco Staglieno - who had the idea for this appealing assignment - reads that "not only did the Piedmontese wines return unscathed, they were very much improved! Our wine can be transported from one pole of the earth to the other without suffering any alteration."

Finally, in the book I also tell three tales of serendipity that don't involve food, but that are so interesting and strange that they intrigued me; and in fact they are still about things that end up in our stomachs - Toscanos and Viagra - or that contribute to creating products to put in our mouths, such as copper fungicide, which in around 1700 was sprayed in the vineyards of Bordeaux to prevent grape theft, and then found to protect the grapes from contamination.

For every one of these 50 stories, I chose to speak with people who know a lot more than I do about each individual invention. Producers, gastronomists, cooks, pastry chefs, artists, scientists: a diverse group of people that, in my opinion, provides crucial added value to this humble book... Conceived by someone who meets people with more talent than him every day, and wants to transform it into heritage.

Winning entrepreneurial models that teach us about the energy revolution, and stories of virtuous examples of ecological transition.

All the languages of the environment

Environmental journalism and a duty towards the community. The need to find new narrative codes to reach the public interest.