serendipity and perseverance made me the chef of
aboriginal culture

His home is Australia, a country that describes itself as being Anglo-saxon, but is really the cradle of the oldest indigenous culture in the world. It is this aboriginal culture that he helps to study and preserve, cataloguing and cooking products from thousands of years of history. This is the home of a globe-trotter, who has climbed the ladder of life rung by rung, jumping from ravine to ravine.

With a Scottish mother and a father with Neapolitan roots, Jock Zonfrillo's childhood in Glasgow was not easy. And it was his addiction to cooking, exciting and adrenaline-filled, that saved him from other more dangerous ones, living a life guided by "serendipity", by unexpected events, by chance encounters, sustained by his persistence and resilience.

Because sometimes you need "a complete reset, a radical change to your normality, a turnaround that may be unplanned or forced", says Jock Zonfrillo, looking back over the bumpy road of his youth. From marginalisation in Scotland to the glories of the Discovery List of the 50 Best Restaurants and the Basque Culinary World Prize, and crowned in 2018 as one of the most talented and innovative chefs in the world.

The prize jury, created to honour the work of cooks committed to improving society through food, saw in him the defender of a culture that is still little-known, and the leader of a project to give value to a culinary heritage with pre-historic roots.
This is how an Italo-Scot became the most Australian of Australians, with his restaurant, Orana - which means "Welcome" in aboriginal - in Adelaide, and his Foundation of the same name, which is a centre for experimentation and research, a laboratory. 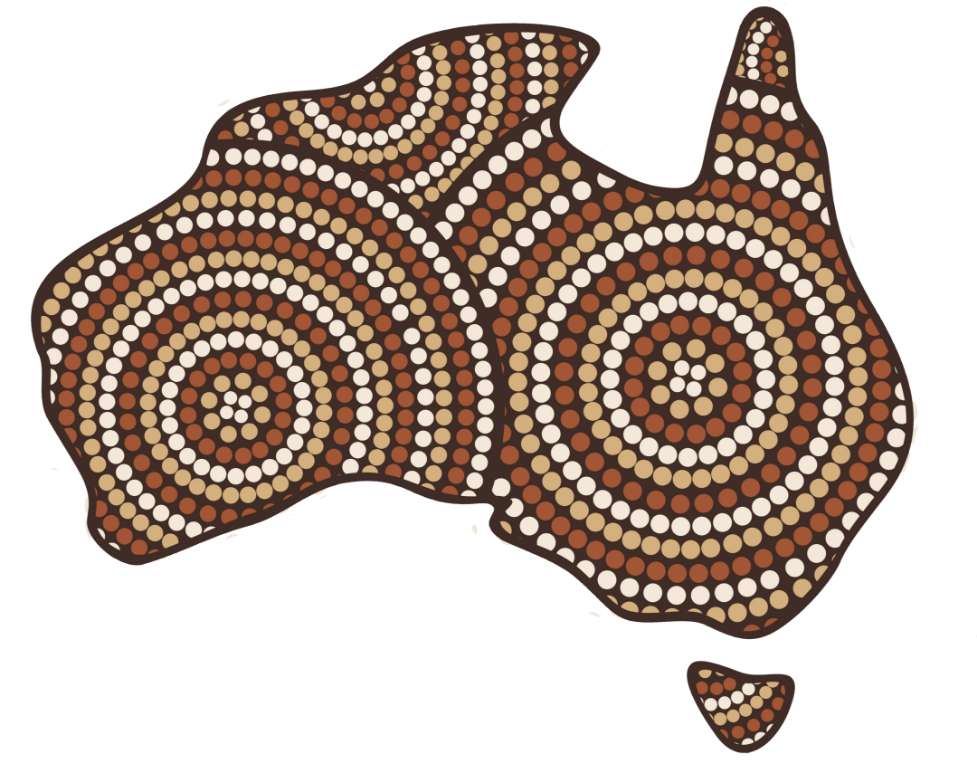 A job that is also a mission. Indeed, it came about by chance, after being "a minion" - as he puts it - for Marco Pierre White in London, roaming around different establishments, going back and forth from Australia, changing jobs after becoming disenchanted with the life of a chef.
Until he became the "foraging nut" and champion of indigenous food.

In short, his story of serendipity in the food world is a cut above the rest Because culinary storytelling - even though it risks being overused - is fundamental to enjoying food beyond just the taste buds. Indeed, ancient traditions passed on from generation to generation, along with the marketing of the product, transform many foods into an adventure, making us into modern Christopher Columbuses, arriving in the Americas by pure chance: how much coincidence is there in the origin of a cheese, a combination of flavours, a blend of grapes?!

And in this interview, Jock Zonfrillo tells us just how lateral thinking, persistence, perseverance and stubbornness are fundamental ingredients that walk hand in hand with serendipity. 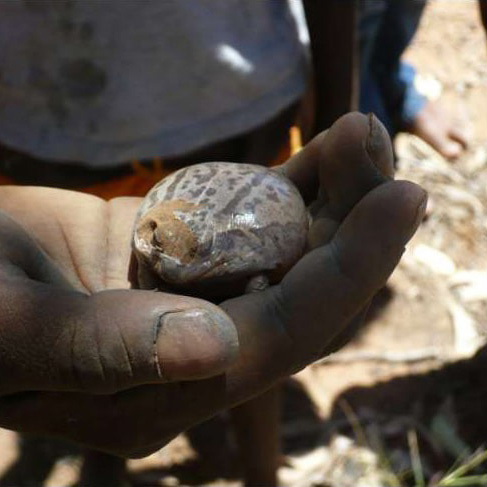 Your life is a crossroads of roots, stories and experiences. How important has serendipity been for you?

"I absolutely believe that everything happens for a reason.
Probably before I was really ready, I volunteered tirelessly to do anything, from dishwashing to cooking, from the kitchens of hotels to restaurants, from being sacked by a kitchen with one Michelin star one day, to being hired in a three-star kitchen the next. The serendipity of all this is that I could never have imagined returning to Australia and calling it home, and having the privilege of indigenous elders sharing their knowledge with me, seeing me as a mediator for understanding and recognition of their culture through food."

What do you need, what mindset is required to be ready for happy accidents of chance?

"You need a complete reset, a radical change in your point of view. To open up to a new mentality, where there are no good habits. The idea of 'good habits', of 'it has always been done this way', seems to suggest that a repeated action can never be improved, which is nonsense."

Persistence has also been important in your life. Arriving in Sydney at Restaurant Forty One, you started to become interested in the history of the aboriginals, in their heritage and Australian food. The interest of a chef and researcher, which the owners of the restaurant did not appreciate enough. But you didn't give up, and continued to follow this path independently. How did it go?

"Persistence and resilience are maybe my two most valuable characteristics; actually, I'm almost obsessed with them. And they are the characteristics that supported me in giving value to the recognition and understanding of Australian aboriginal culture. Here there are no nuances - the aboriginals have a connection to the land that nobody else will ever be able to have. Their culture is the oldest surviving in the world, and it is incredibly complex and misunderstood." 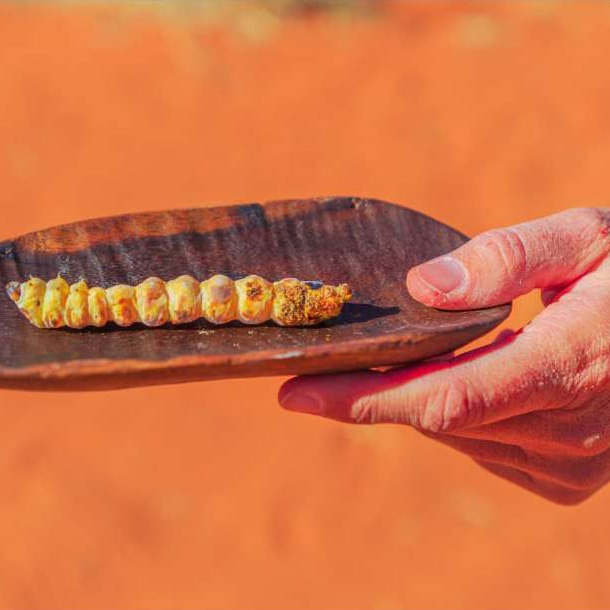 A similar journey was undertaken by Alex Atala with the populations of the Amazon Rainforest. How important was it for you meeting him in Brazil, and what unites you?

"Alex and I met because he shares the same philosophy and principles with the indigenous people of Amazonia. It was Alex who dedicated a lot of his time to explaining to me what to do and what not to do from a political perspective, dealing with colleagues in the sector with opposing or critical points of view, and obviously being attentive to indigenous conventions. Without his guidance in the early days, my journey would have been very different, and not in a positive way."

You discovered that there are 20,000 native edible species in Australia. In short, you showed the Australians the incredible culinary goldmine they were sitting on and not using. Have any others followed you in this direction? What path is Australian cuisine following today?

"One of the main projects of the Orana Foundation came out of an explicit request from the indigenous elders. They wanted to codify their culinary tradition in a modern way. A code that could be translated into an archive in order to pass on, publicise, and eventually sell indigenous cuisine to gourmet travellers.
It was an important mission, as was creating a restaurant that focused on native ingredients and making it famous not only in Australia, but all around the world. If I have succeeded at this, then I feel that I have managed to repay at least part of the trust that has been put in me." 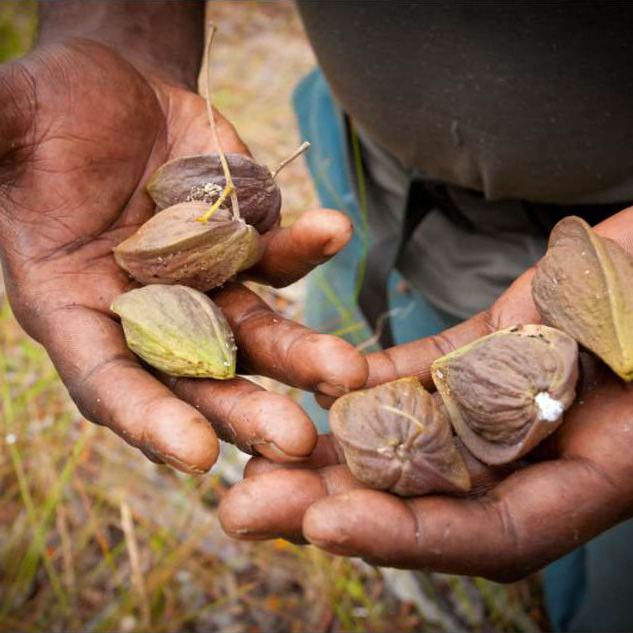 Your TV experience on Nomad Chef has seen you travelling the world to try foods on different continents. How important is it for cuisine to reclaim its own roots?

"It is imperative, and just like for the indigenous Australians, it helps to create a platform for cultural affirmation and recognition that cannot and must not be ignored."

You are also a judge on MasterChef Australia. Do you think that TV can contribute to making gastronomic culture not only a form of entertainment, but also a form of cultural information/education?

"Absolutely, yes, and taking part in MasterChef has obviously been a way to beam myself into millions of homes in a discreet, friendly way, giving watchers at home the opportunity to start to connect with this fantastic country and the people who live in it."

Return to the Duke

The Policlinico di Milano, Milan General Hospital, from the history of "Ca' Granda" to the IRCCS Foundation.
A perfect example of returning to our origins to create a circular economy.

What if we all became "ethicarians"?