by Martina Liverani
WHAT IF WE ALL BECAME "ETHICARIANS"?

"I'm just coming back from the pasture, I need to finish bringing in the sheep and giving them their hay", says Juri Chiotti before starting our interview.

There are around thirty sheep and goats, and then rabbits, around fifteen ducks, and around twenty chickens. "It gives me great satisfaction to raise animals. It is a trade I learned the hard way, and I almost like it more than cooking."

Chiotti, at twenty-five, became the youngest Michelin-starred chef in Italy when he received - along with Diego Rossi - a Michelin star at the restaurant Delle Antiche Contrade in Cuneo. But then, the about-face: he decided that the glossy world of high-class cuisine wasn't for him, and retired to Val Varaita (Piemonte, where he is from), where he opened Reis (which in Occitan means "roots") four years ago - Cibo libero di montagna, Free-roaming mountain food. Now he is 35 years old, and is satisfied with his choice, of having returned to the place where he grew up, and of the discoveries he has made on the way. The dream, to produce food that is "free", with zero impact, is important, and like all great dreams, it needs time, focus, tenacity.

A little tourist-environmental digression: Val Varaita is home, among other things, to the spectacular Alevè Forest, which is a forest of exclusively Swiss pine (èlvo means "Swiss pine" in Occitan). It is the largest Swiss pine forest in the Alps, and its origins are ancient. For its great natural and environmental value, it has been included in the Registro dei boschi da seme, Seed forest registry, with its pine kernels selected and preserved for reproduction. But let's return to Chiotti, who decided to create his life project for mountain cooking in this unspoilt, eremitic environment.

"I would like people to understand all the work that goes into creating a dish, especially its connection with the agricultural world of production; this way, we gain an awareness of what food really is, and how much influence it has on our lives. Maybe we have forgotten this a bit."

"Reis is a life project that makes me happy and allows me to live in contact with nature. I feel that I am doing something both for myself and for the community I live in. My dream is to become self-sufficient, but it is a long journey. My goal is to demonstrate that it is possible to live, produce and have a restaurant in a way that has the lowest impact possible on the territory you live in. And I don't only mean cooking: living here has taught me how much the restaurant is a combination of many disciplines; for example, we are currently renovating, so we are also carrying out research on the materials we will use to build the place. We have chosen reclaimed wood for the roof, which will be made from chestnut. I no longer look only at the kitchen, but at the whole picture."

This is serendipity for Chiotti, who, now he has taken off his white Michelin-starred chef's jacket, imagines food as an expression of the surrounding nature and territory, with no conditioning.
He feels a strong desire and the need to pass on his ideas and his mindset to his customers, and to younger generations - who are more attentive to environmental issues, with fewer prejudices, more sensitive to the concept of sustainability.
"The most important discovery I have made is that I am not alone in this valley, that I am surrounded by projects that are starting up or have been launched over the last few years - also inspired by me - all aiming in the same direction: there are agricultural support communities, there is a girl who is producing birch sap, the artisan gelateria Fioca in Melle, the Antagonisti brewery, and many more. Ideas like these can only be taken forward by working together as a network - this way we triple our strength and get much further."

Freedom is participation, as Gaber sang, and indeed, only participatory dreams can come true. 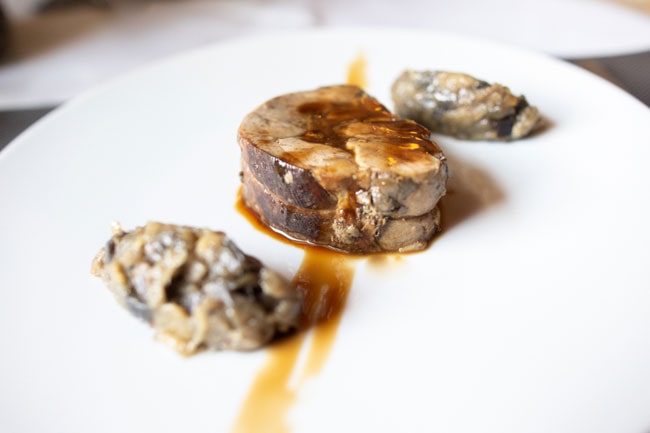 "Rather than sustainability, I like to speak about ethics - one day I would like us to arrive at a point, through good sense and culture, where we only eat food that has been cultivated, produced and cooked ethically. We should all become "ethicarians". We need transparent information, constant curiosity, everyday awareness, and we cooks have a really important role, because we are the first to have to take on these shared ethics, and we have the task of telling and teaching our customers, who, now more than ever, are ready to return."

Serendipity and perseverance made me the chef of aboriginal culture

An interview with Jock Zonfrillo: how he has codified indigenous culinary traditions with a modern twist, recovering products with an ancient history.

Return to the Duke

The Policlinico di Milano, Milan General Hospital, from the history of "Ca' Granda" to the IRCCS Foundation.
A perfect example of returning to our origins to create a circular economy.