This year we are celebrating the thirtieth anniversary of the historic United Nations Conference in Rio de Janeiro, which, way back in 1992, introduced the concept of "sustainable development" into the jargon of international agreements for the first time, putting it at the centre of a real agenda for the twenty-first century. Since then, the progress made in re-establishing a long-standing balance between humans and the planet that hosts us has unfortunately not been as expected.

This year we are celebrating the thirtieth anniversary of the historic United Nations Conference in Rio de Janeiro, which, way back in 1992, introduced the concept of "sustainable development" into the jargon of international agreements for the first time, putting it at the centre of a real agenda for the twenty-first century. Since then, the progress made in re-establishing a long-standing balance between humans and the planet that hosts us has unfortunately not been as expected.

In particular, the climate crisis has continued to assert itself as the main environmental threat in the new millennium, and we are already seeing and experiencing many of its effects today. Thirty years ago, we promised to stop the increase in greenhouse gas emissions by the end of the last millennium. Not only have we failed, but in the last twenty years we have even witnessed a sharp, historically unprecedented rise in these emissions.

However, in the same period, we have also developed solutions and technologies that, if adequately promoted, could turn the curve of emissions downwards. Just think of renewable energy - in particular sun and wind - which has drastically cut costs in the last decade, enough to have become the cheapest energy source - and the most widely available - in circulation today, far above gas, coal or nuclear.
But why is this not yet enough?

Of course there are various factors, and they range from the objective difficulty of imposing such a radical change on consolidated models of production and consumption, to obstacles continuously put in place by certain actors - fewer and fewer, however - to defend their own partial interests.
But maybe the biggest problem weighing on this inability to act decisively is the difficulty of creating a common consciousness, a widespread culture of sustainability. You only need to leaf through the newspapers at the moment to see how the public debate - from energy prices to a possible return to nuclear power - is characterised by a complete lack of credible, shared information.

Of course, this is very much influenced by the media, which often reveals itself to be ill-suited to addressing a topic such as sustainability, which is so difficult to sensationalise beyond a few exceptional or catastrophic events.
Just look at the space dedicated to these topics on newspapers' front pages, in particular in Italy: if stopping climate change is the top political priority of this era, as many say, how come it isn't constantly at the forefront of the daily news? 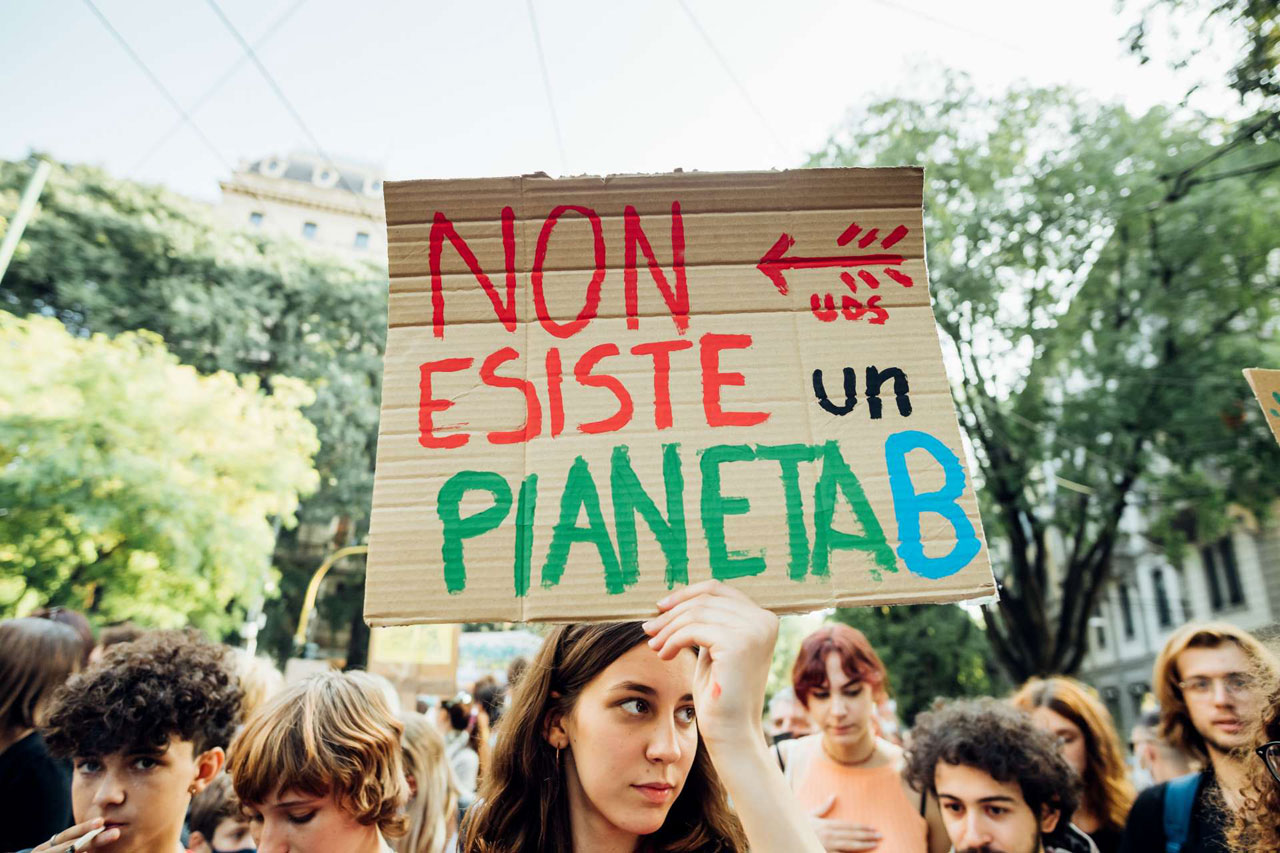 A couple of years ago, with the Sustainable Development Foundation, we launched the initiative Italy for Climate to try to help unblock this stalemate in the spread of information.

We are convinced that we need to act to inform and raise awareness at all levels, across every section of society,

and that one of the causes of the slowing down of policies for the climate is the fact that this issue has been confined to the narrow area of debate among experts and specialists, thinking that they will convince politicians to act.
Obviously it doesn't work like that.
A great film that came out recently depicts this short-circuit very well, coining a very apt slogan: Don't Look Up (the 2021 film written and directed by Adam McKay).

In very recent times, we have witnessed the birth of many youth movements for the climate, movements that accuse us adults of not having done enough to stop the climate crisis.

It all started when fifteen-year-old Greta Thunberg started to demand stronger action for the climate in front of the Swedish Parliament Building in August 2018. Little by little, this movement spread internationally, inviting students from all over the world to skip their lessons every Friday in protest, with the motto #FridaysForFuture.

Youth4Climate, the youth conference on the climate that was held in September 2021 in Milan, has become part of the process of youth involvement that started in 2019 with the United Nations Youth Climate Summit, which took place in New York on the 21st September 2019. 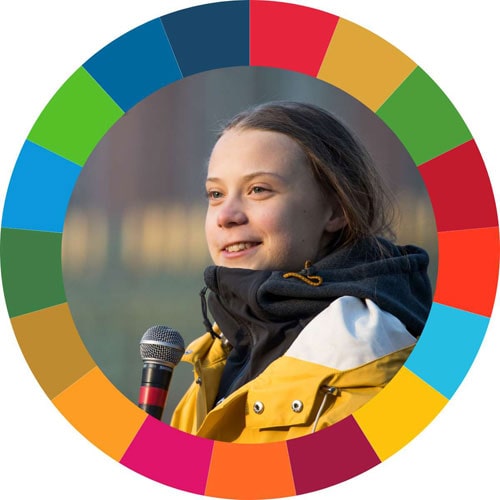 More fruits of the commitment of new generations of activists are: Extinction Rebellion, a civil disobedience movement for the climate, created to demand urgent interventions to stop the climate and environmental crisis, who use mathematics as a tool to plan their protests; Sunrise Movement, a movement that fights against the climate crisis, focusing on collaboration and the creation of jobs; Rinascimento Green, which, starting from the premise that the climate crisis and the environmental crisis are profoundly interconnected dimensions, promotes an Italian Green New Deal that returns civil society and people to the centre of the debate, to address the environmental crisis and the economic crisis in parallel.
These movements run by younger generations demand radical changes everywhere to face the climate crisis, decisive acceleration of actions intended to reduce greenhouse gas emissions, blocking investments in fossil fuels, protecting biodiversity and restoring ecosystems.

It is hard to blame them, based on facts and not words.
But what struck me the most, when I had the opportunity to meet some of these young people, is the awareness and level of competence they show on these topics, entirely unknown to my generation at their age (but maybe we could even remove the phrase "at their age").

When I hear people say that to win the fight of sustainability and make changes we need to start from education, I always suspect that hidden behind these words is an attempt by the adult world to avoid responsibility.
Whether we plunge into climate chaos or not will strictly depend on what we are able to do in this all-important decade. And we cannot in any way pass on the responsibility of stopping the climate crisis to the generations to come, simply because the only thing they will be able to do is suffer its effects.
We must work hard on education, certainly, but mostly on education for today's adults.
And maybe it wouldn't be a terrible idea if one of our young people got up, walked across the classroom, and for once sat at the teacher's desk...

Making a difference from a young age

Learning to respect nature, starting from the valuable lessons we receive from our family: the story of a boy who wanted to save a struggling bee.

The importance of education in triggering a real ecological transition.