Climate change is one of the biggest challenges humanity will have to face in the 21st century.
The latest scientific reports have highlighted how human activity has already caused an increase in global temperatures, which in the decade from 2011 to 2020 have reached around 1.1ºC above pre-industrial levels, with many direct and indirect effects.

Among these are an increase in intensity and/or frequency of extreme weather events, the melting of sea and land ice, rising average sea levels, the redistribution of rainfall, the loss of biodiversity, and various repercussions in terms of global health and safety. These impacts could significantly increase in the future, if immediate, decisive action to mitigate and adapt is not taken, both now and in the decades to come.

The global nature of this challenge also requires the adoption of these measures to be coordinated and organised as much as possible between different countries: these efforts are being made in the context of the multilateral negotiation process of the United Nations Framework Convention on Climate Change (UNFCCC), which since 1995 has seen almost two-hundred countries meet on an annual basis at the Conference of the Parties (COP), in an attempt to define shared agreements and tools.

Over the years, among the various results achieved, we can count the Kyoto Protocol and the Paris Agreement, tools which have contributed to improving future prospects for the trends in greenhouse gas emissions and the consequent rise in global temperatures - although this is not yet sufficient to reach the goals indicated by the science as being necessary in order to avoid the worst effects of climate change.

In particular, in the context of the Paris Agreement, the participating countries presented "Nationally Determined Contributions" (NDCs) with which to work towards their goals in terms of mitigation, adaptation, support, and much more. 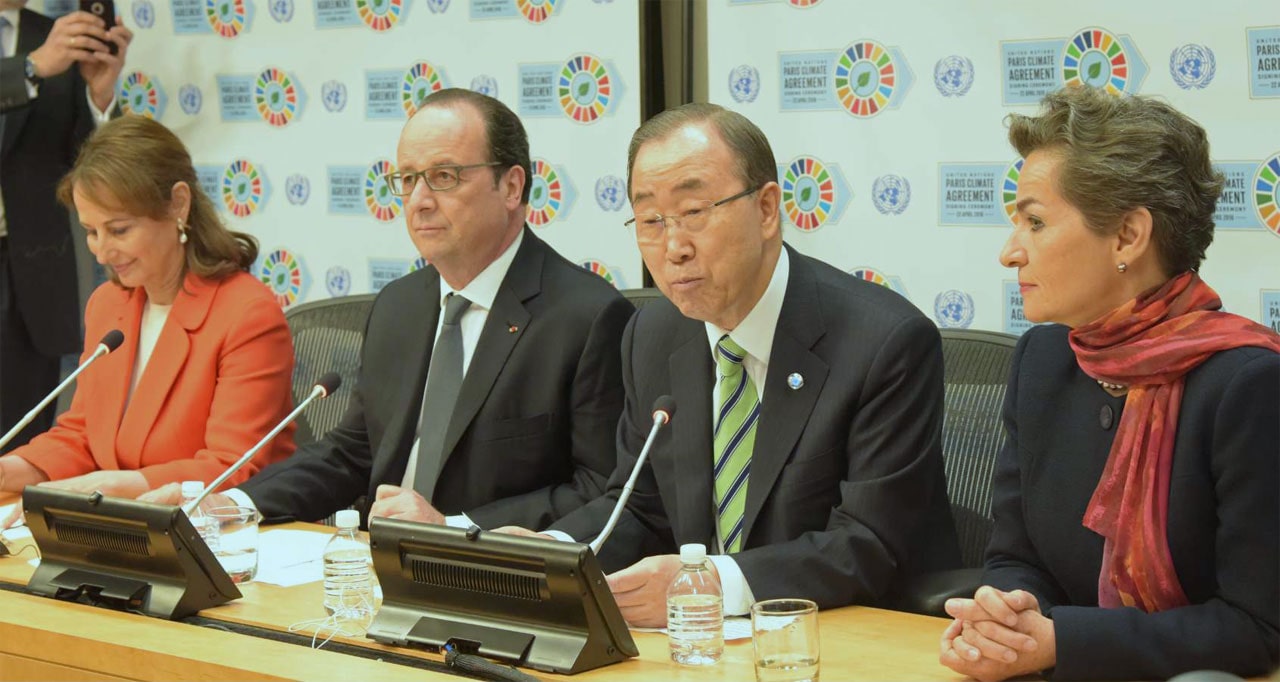 According to recent estimates, the latest updates on the NDCs, made in 2021 in conjunction with Fridays For Future, the Pre-COP and COP26 Glasgow, have indicated more encouraging scenarios for the future: if all countries fulfill their commitments by 2030 and make equivalent efforts in the following decades, it may be possible to keep the increase in global temperatures below 2 degrees until 2100.

In order to overcome this challenge, as well as effectively fulfilling the promises defined in the multilateral agreements, we also need to build new public awareness that puts the issue of climate change at the centre of citizens' priorities.
Reaching such a target inevitably comes out of serious investments for the benefit of younger generations, who have been putting strong pressure on us to act on climate change at an international level over the last decade.

These efforts have already led to the inclusion of the principle of intergenerational equity in the Paris Agreement, in 2015, as well as a specific paragraph (Article 12) that requires all countries to collaborate on the topic of education, training and public awareness regarding the climate.
After that, large-scale protests in 2019, inspired by Swedish activist Greta Thunberg, saw millions of boys and girls marching in cities all over the world to demand more ambitious action on climate change. 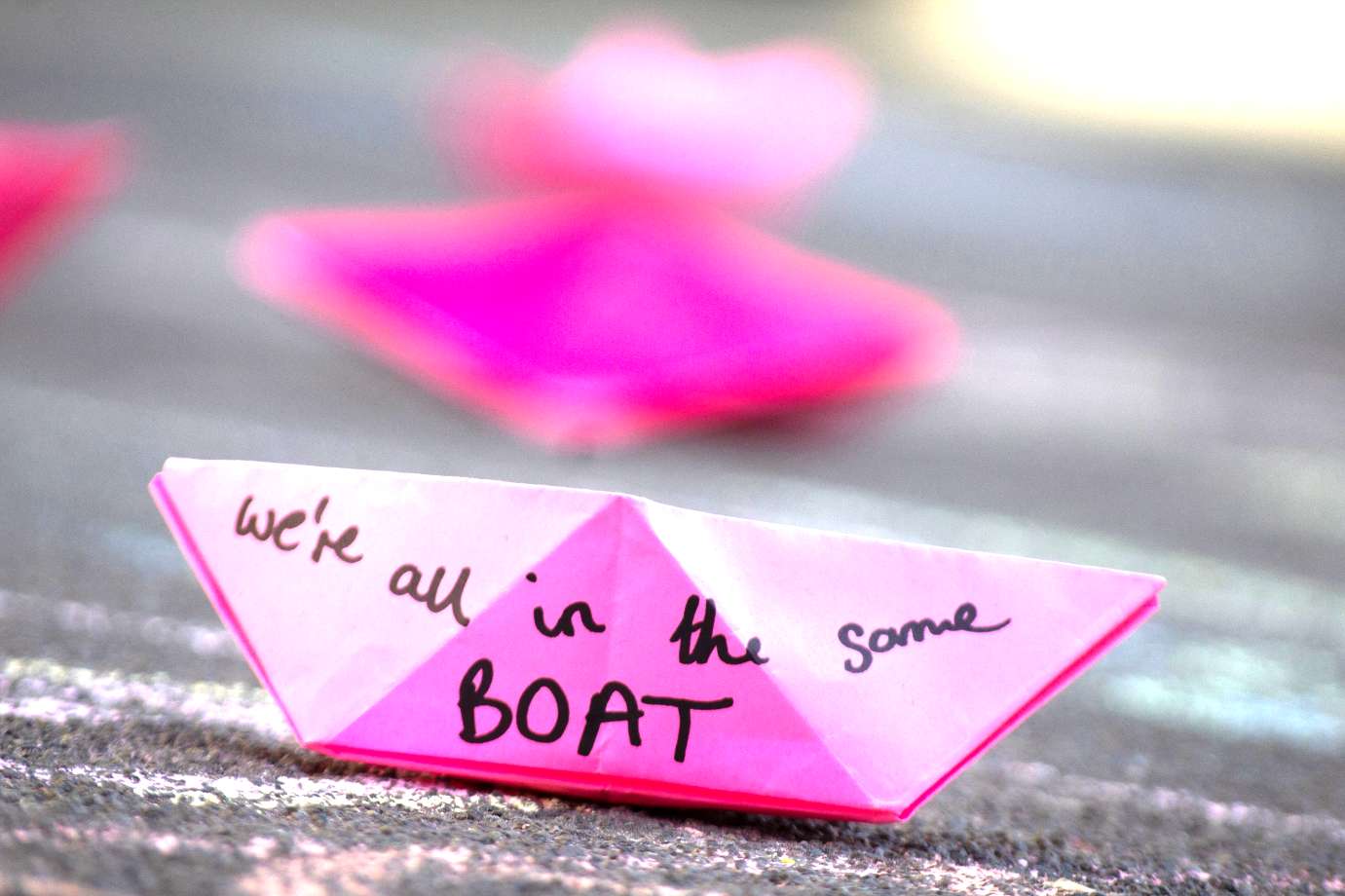 In this sense, concrete measures to reinforce education on the climate would be an essential step, not only for young people's awareness of environmental issues as the citizens and ruling classes of tomorrow, but also to best train them to fill the professional roles that will become more and more necessary to carry out the ecological transition of our entire society.

Equally important is the role played by raising awareness among today's public of the urgency of taking action on climate change, for which it is fundamental for politics to take a more active role, and for the media to make more effort: indeed, it is essential for the issue of climate change to finally be addressed as a scientific matter, rather than an ideological one, while helping to make it accessible even to non-experts. In particular, we need to take note of how, when the Covid-19 pandemic blew up, media attention and public debate on climate change was significantly reduced, despite the fact that these years are crucial for the performance of the NDCs.
With the long-hoped-for gradual exit from the tunnel of the pandemic in the coming months, it is therefore essential that the international community returns to putting the climate issue at the centre of the political and media debate, investing urgently in both the performance of the NDCs and in improving education for young people, promoting accurate information and facilitating the conditions that allow citizens to make sustainable consumer choices. This is without taking attention away from the primary need to take action on large-scale companies, especially in the energy sector, which today are the main culprits of greenhouse gas emissions at a global level - something on which individual choices can have very little effect.

In this sense, there are signs of hope in the willingness of some countries to set environmental and climate-related considerations as a conditional element in plans for post-pandemic recovery, as is the case, for example, with the EU, which has provided for strong integration between the NextGenerationEU Plan and the European Green Deal.
Both intervention programmes promote the role of education as a priority for triggering cultural change regarding the ecological transition.
And there are many private and institutional projects and proposals responding to this call, at both global and local levels. All that remains is to make the most of them.

Making a difference from a young age

Learning to respect nature, starting from the valuable lessons we receive from our family: the story of a boy who wanted to save a struggling bee.

Educate today's adults, leaving them to do the same for tomorrow's!

Learning from young people. In a world where sustainable development is still far off, youth movements are teaching us how to act with awareness.