We need bright ideas with low emissions. but in the meantime we'll use the solutions we have.

When I give lectures in schools on climate change, and I illustrate the need for a simpler lifestyle, less energy intensive, with a few sacrifices (such as air travel for tourism), the students ask me a lot of questions about improbable solutions to the climate crisis.

"Won't new forms of energy be available soon that are unlimited and don't pollute?"

"Can't we invent technology to remove CO2 from the atmosphere?"

"Won't we be able to control the climate at will in the future?" 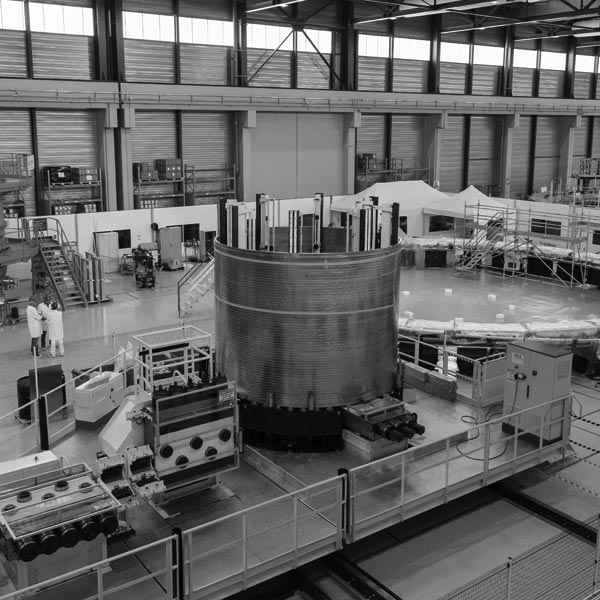 Instead of admitting the grave environmental situation we are in, and making an effort to change our own bad habits, we look for a miraculous solution, a magic wand that will let us off the hook without any hard work, simple technology that was right under our noses but nobody had thought of.
Unfortunately, these are all imaginary solutions that almost always violate basic laws of physics, or have costs and side effects that make them impossible.

The human mind is always curious and searching for new things or solutions to problems, so it is great to ask ourselves these questions, as long as they are based in awareness of what has already been done in the past (it would be useless to waste resources re-inventing the wheel) and what we can reasonably expect in the future based on what we know.

Without a doubt, however, we also need a little serendipity: not everything is predictable in terms of systematic investigation, and there are chance combinations of factors, materials and boundary conditions that could give us positive surprises when it comes to solving the many problems relating to sustainability; such as the sectors of renewable energy, sustainable transport and waste recycling.

Consider the enormous ITER project to build a nuclear fusion reactor, under construction in Cadarache, in Provence: it is not certain that it will work, but the high level of applied physics and precision engineering it involves will surely bring about important unexpected results in the area of superconductors and new materials.
From the creation of satellites and the international space station, discoveries will probably emerge regarding the generation of solar energy and the self-sufficiency of our homes in terms of energy and water, while in biology, the study of viruses, bacteria, or insects and pathogenic fungi for agriculture could have positive effects on other sectors, such as artificial photosynthesis, biofuel production or biodegradable plastics.

Serendipity can intervene even in the vast field of IT and telecommunications applications, a more recent sector, and therefore a herald of future possibility: applications could emerge by chance that, along with remote sensor monitoring and big data analysis, may bring about solutions in fields still unexplored.

But in this context of positive expectations and redemptive hopes, we also need to be careful to keep our feet on the ground: no law of physics can tell us if and when we will find valid solutions to today's problems, essentially by chance. For the moment, we mustn't allow ourselves to be distracted by desirable but unplannable prospects, but instead use what we already know to the best of our ability in order to limit the damage of this climate, environmental, energy, food and social crisis.
Like a doctor faced with a seriously ill patient: we hope to find a better cure in the future, but in the meantime we must use the medicines we have, and avoid wasting even a minute, or the disease will get worse!

So to our students, full of questions and creativity, the message is clear: an immediate, tangible commitment to existing solutions in order to avoid making the situation worse, and open eyes and minds to receive all the signals that could lead us towards side streets of knowledge, bringing us closer to new sustainable horizons.

While waiting for new, fertile intuitions, I wrote this article using electricity from photovoltaic panels, which already work perfectly on my roof: the fruit of a chance discovery of the French physicist Alexandre Edmond Becquerel, who in 1839, at the age of 19, realised that sunlight created mild electrical effects on certain substances, in particular selenium. It was then Russell Ohl in 1941, at Bell Laboratories in New Jersey, who, while trying to improve the drive electronics of the first radars, accidentally discovered the photoelectric properties of silicon, which was much more effective than selenium.
It would still be necessary to wait until 1954 for the work of Gerald Pearson, Daryl Chapin and Calvin Fuller to come about - again at Bell Laboratories - the first silicon solar cell able to generate electricity in significant quantities.
A journey of more than a century, in which serendipity took part several times, for my panels to be able to produce the clean energy we need so much with today's sun!

A centuries-old forest where nature and art blend together: stones, logs and leaves come surprisingly to life

Destination Val di Sella, in Trentino: discovering the Arte Sella project on the relationship between man and the environment, a permanent exhibition of "Art in Nature".

A dream fueled by great passion. Then, a sudden accident. Which changes destiny and opens up a new future: that of mountaineer Hervé Barmasse.