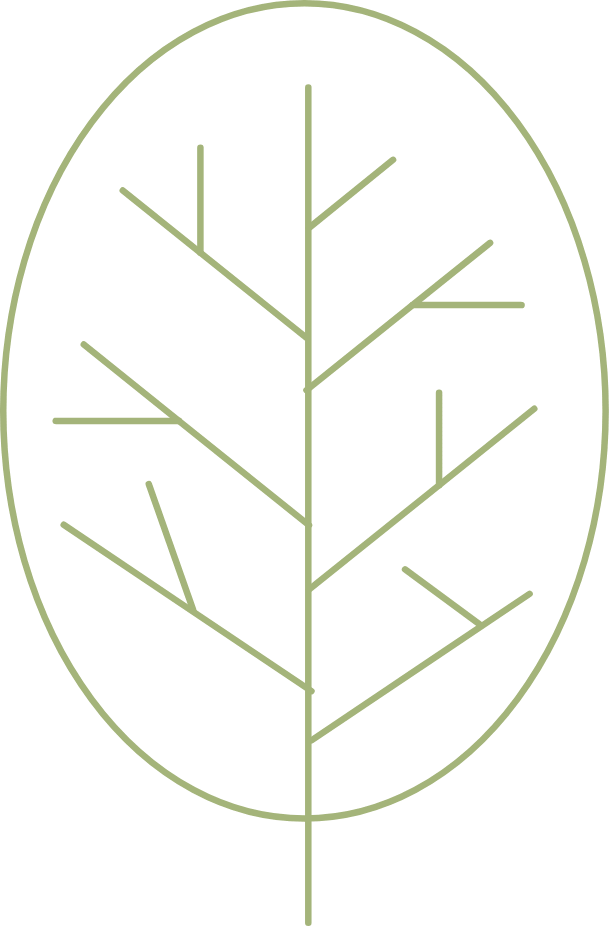 a centuries-old forest where nature and art blend together: stones, logs and leaves come surprisingly to life 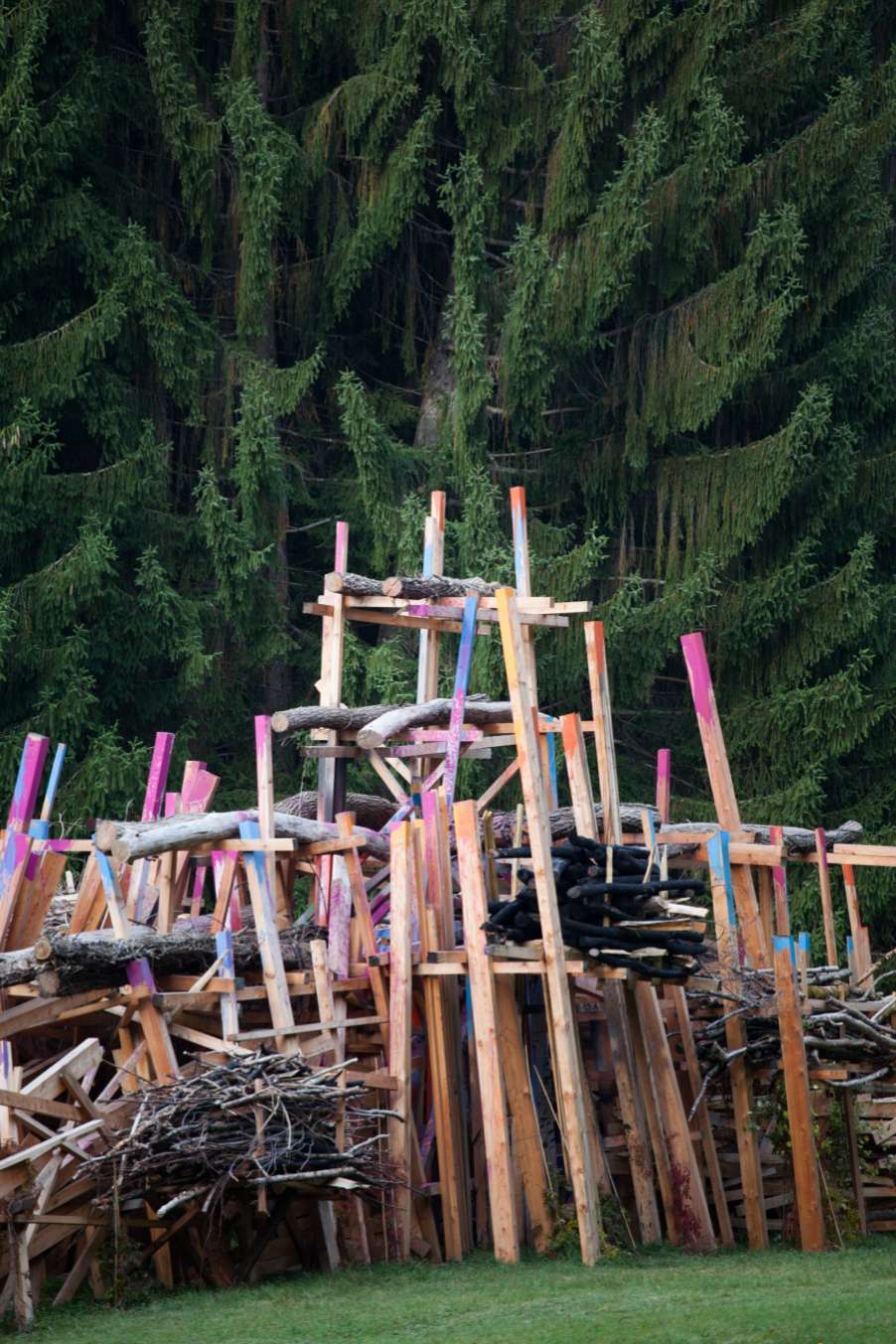 What is the ideal exhibition space to house artworks created with only natural materials, that aim to represent the relationship between man and the environment? Nature.
Who is the only artist able to create and continue to shape their work over time? Nature.
We were looking for a museum, and we found a forest. We were looking for a chisel, an awl, paintbrush and colours, and we found the rain, the wind, the snow, the moss, the plants and the flowers.
Since 1986, the meadows and woods of Val di Sella, in the district of Borgo Valsugana in Trentino, have hosted Arte Sella, a permanent exhibition dedicated to Art in Nature, an international contemporary art event in the open air.

The project, in its experimental form, came out of the idea of a group of friends living in the area who tried to find a way to combine contemporary art and nature, starting a period of collaboration with local cultural institutions, the population, and artists, mostly from abroad. Three years later, the Sella Art Association was formally founded, under the auspices of Emanuele Montibeller, the current artistic director. It has an executive committee, dedicated staff, and an increasing number of members. 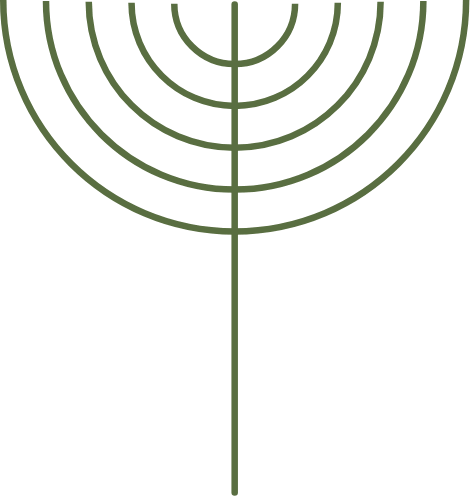 Arte Sella came out of the desire to investigate and represent the relationship between man and nature through the powerful, disruptive language of art.
A courageous and forward-thinking experiment, that aimed to take the wonderfully expressive forms of nature and enhance them with the human eye, which interprets, shapes, forges and returns them to that very nature.

Stones, branches, leaves, logs, earth: these are the raw materials of the artworks that are left in the area, to merge with nature.
At Arte Sella, the artist abandons the role of protagonist and stands side-by-side with nature, his ally in the creation and preservation of the work.
The work integrates with the environment and becomes fully part of the life cycle of nature, undergoing the same processes of decay and transformation as everything else.
Many of the works are living, created with plants that grow and change the shape and structure of the piece.

A way of making art that distances itself from traditional artistic canons, in an expressive space far from the logic of the art market and the traditional studio-gallery-museum circuits. Not simply an art exhibition, but a true creative process: a model of interaction between man and the environment, civilisation and nature, that is constantly changing.

A form of art that celebrates the synergy between man and environment, establishing a new aesthetic equilibrium.
Indeed, the work is created and grows at the hands of the artist in a context of respect and harmony with the surrounding landscape.
Nature is interpreted in its very essence, shaped by the idea of respect and protection that the man, the artist, cultivates and wants to convey with his art.
An important message of belonging and awareness. A sublime exemplification of the concept of inclusion between man and nature.
The exhibition gallery has the forest as its backdrop, the ground as its floor, the only light is that of the sun, and if you want to stop and rest, the trunk of a fallen tree can help you. 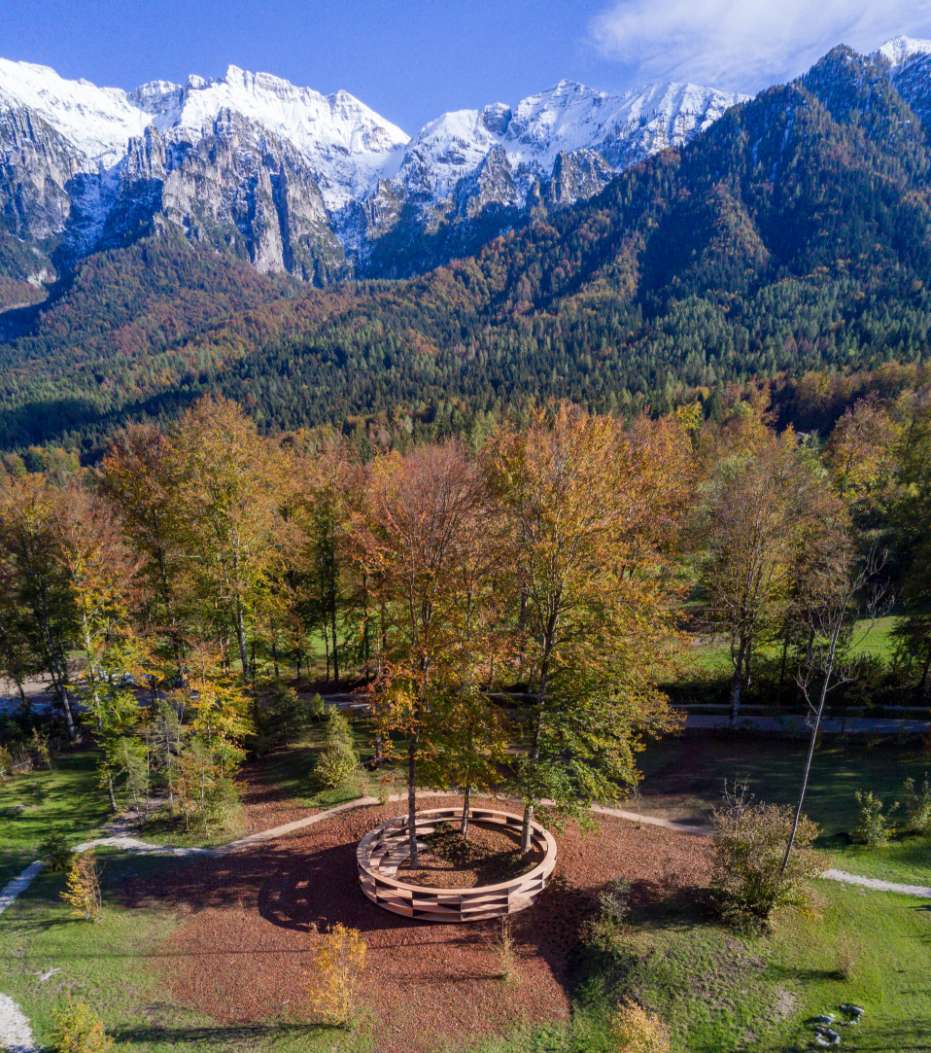 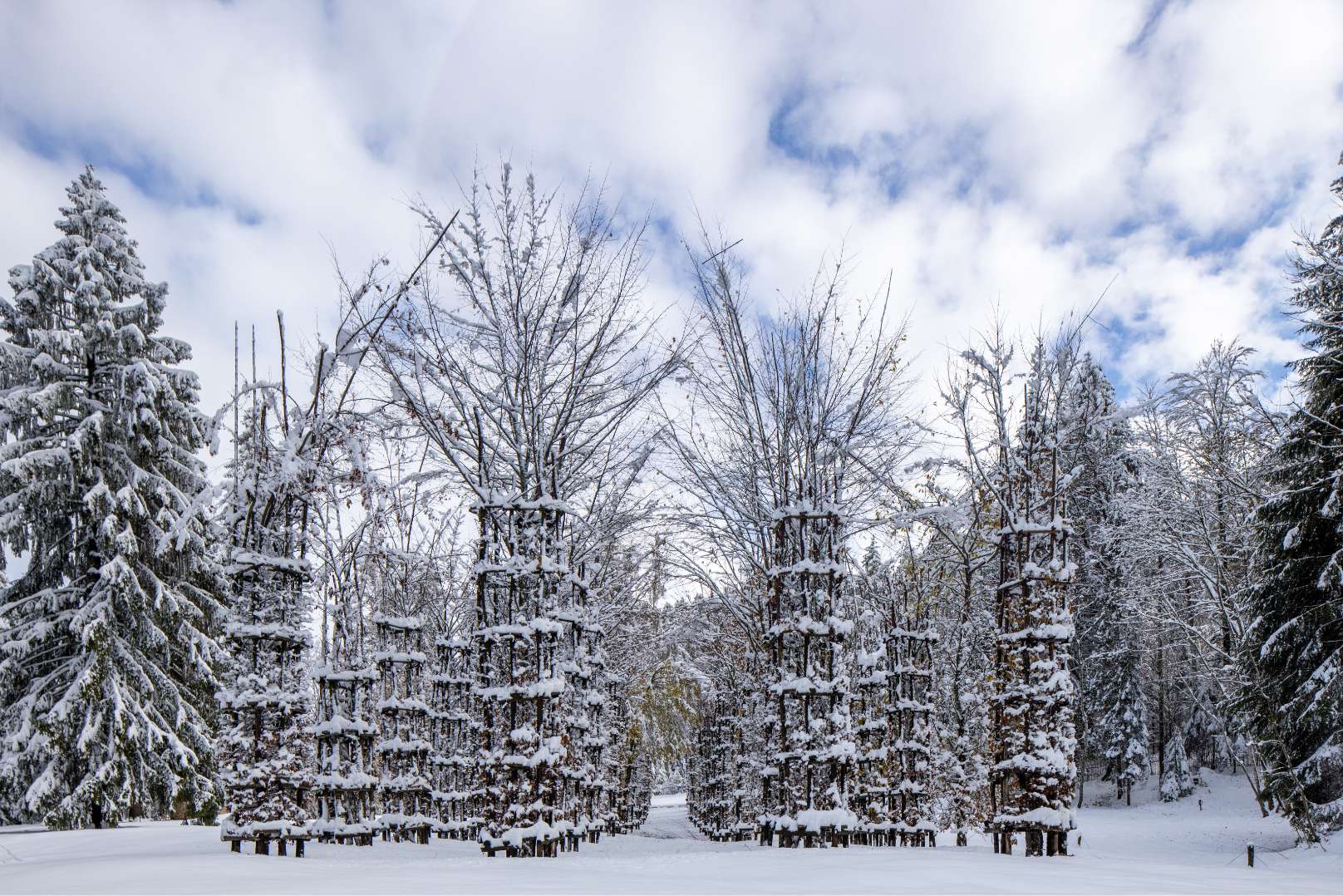 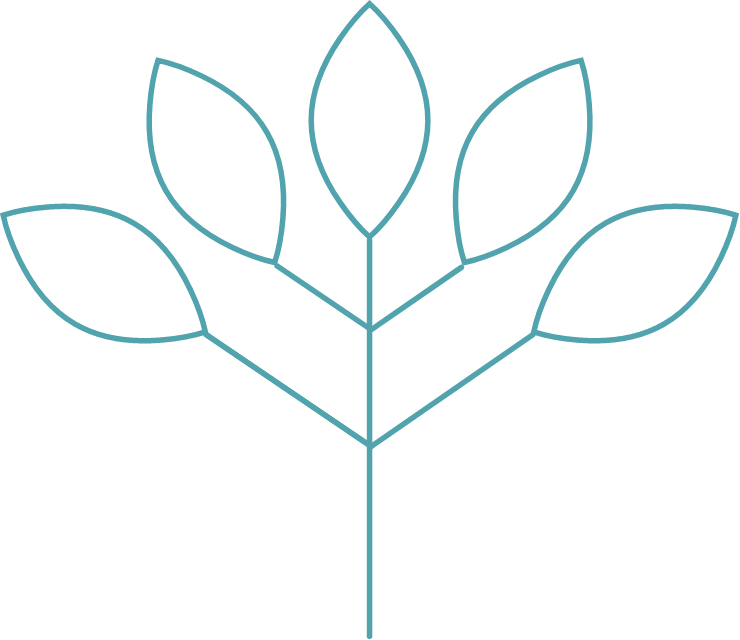 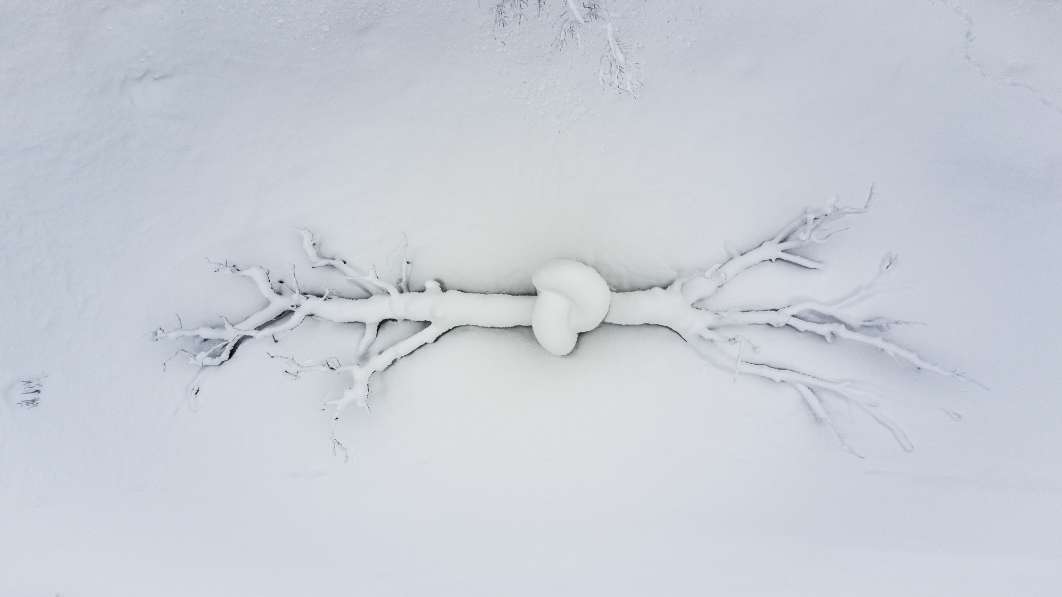 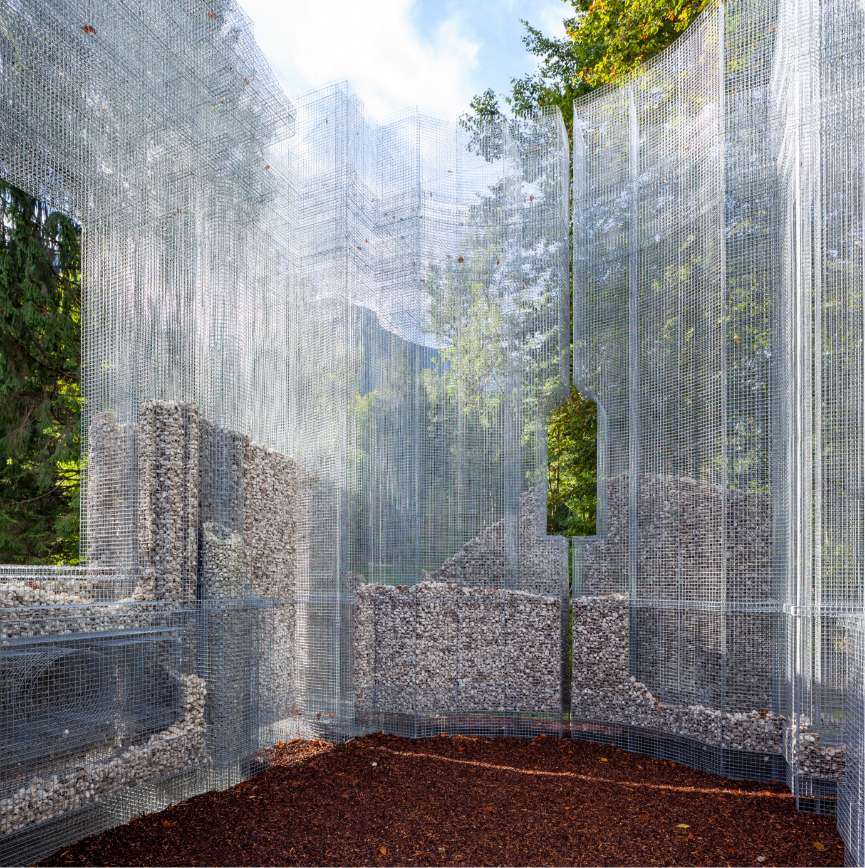 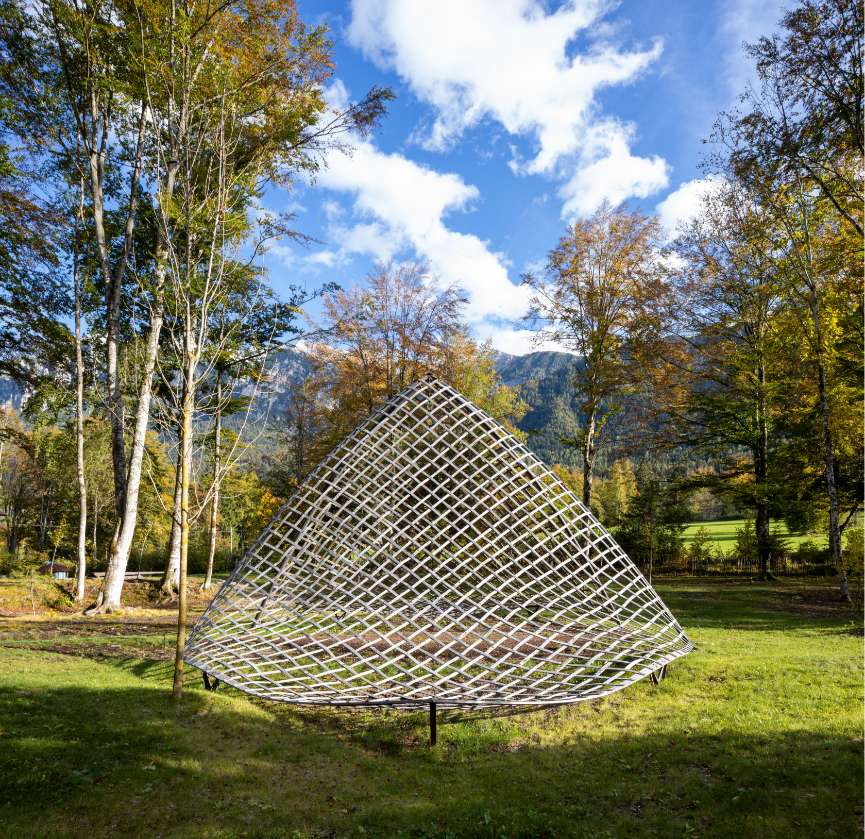 On this route, it becomes a game to try and glimpse the presences scattered around; some are easy to see because they are at the sides of the path, but others have to be searched for and discovered: great big nests of woven branches that resemble fairytale hiding places; towers of logs; barely visible traces of stones and brushwood and spectres of wolves that inhabit the forest and become part of it.

You come across the works along the path; they emerge from the natural space quite unexpectedly, like wild animals: camouflaged until a moment before, they appear to the gaze of the visitor a second later.

There are two routes that can be visited all year round, with opening hours that change according to the hours of daylight in different months. Along the routes, around fifty works are visible.

The first route starts near Villa Strobele, one of the many historical residences in the valley. Near the garden of the villa, the birthplace of Arte Sella, you can visit the first group of works, in particular the section dedicated to architecture: here you can see the art installations that came out of a collaboration with internationally famous architects - among whom are Kengo Kuma, Eduardo Souto de Moura, Michele De Lucchi, and Stefano Boeri - thanks to a partnership with the Milan Polytechnic.

At the end of the valley, Arte Sella welcomes its visitors to the Malga Costa Area. The shepherd's cottage, once used for mountain pasture, is now an exhibition and concert hall, and a route unravels around it that contains some of the most monumental works, well-known to the general public, such as The Third Paradise - Trench of Peace by Michelangelo Pistoletto, Simbiosi by Edoardo Tresoldi, Common Root by Henrique Oliveira, and The Fisherman's Stilthouse by Arne Quinze.

And the Tree Cathedral by Giuliano Mauri, perhaps the most symbolic piece, which marked the point at which the Arte Sella project was fully recognised by the local population: it has the dimensions of a real gothic cathedral composed of three naves, created from eighty twelve-metre-high columns of woven branches. A young hornbeam is planted inside each one, destined to grow over time and close the vaults of the naves.

On every visit, the work is different. Depending on the season, the light, from year to year... The piece is constantly changing, subject to atmospheric conditions and the passage of time.

Sometimes, where we expected to find certain works, only green space remains, nothing more. This happens when nature completes its life cycle, and the piece - due to atmospheric agents, heavy snowfall, or simply the passage of time - is swallowed up again by that very nature. 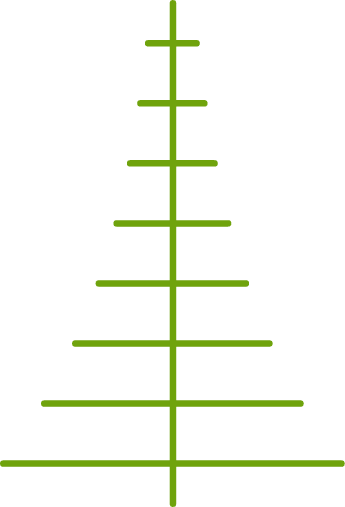 We need bright ideas with low emissions. But in the meantime we'll use the solutions we have

Curiosity, research, commitment and an open mind, to receive the signals that can lead to the discovery of new sustainable horizons. For the planet, too.

A dream fueled by great passion. Then, a sudden accident. Which changes destiny and opens up a new future: that of mountaineer Hervé Barmasse.