All of a sudden,
out of nothing,
a fierce wind began to blow
by Giovanni Dinelli
THE LITTLE TOXIC CLOUD:
the story of Andrea and his farm
Sometimes things happen because they have to.

And sometimes everything stems from a single event. Like a single spark that starts the fire, that spreads uncontrollably.

Unforeseeable events often change the course of things. They can re-shape destinies and open new prospects on the future. That's why I like to tell the story of a good friend of mine, Andrea.

The son of farmers, he's a farmer himself. His farm is in Argelato, Bologna province, in the lower Po valley.

Andrea learned farming from his father. The type of farming we usually call conventional: in other words, largely dependent on chemicals such as artificial pesticides and fertilizers.

For a time, Andrea had been having scruples about the continuous use of chemical products on his farm - and how it was almost becoming an obligation.

Ever since he'd started working his fields, he'd noticed how every year some new treatment was necessary, or how the dosage of some pesticide or other had to be increased. It was a kind of vicious circle: the more chemicals he used, the more he was obliged to respond to new outbreaks with new products or higher dosages. And then he started hearing about farmers from his father's generation with nasty illnesses such as lymphomas or new forms of degenerative diseases.

Then came the unforeseeable event. The event that changed everything.

To improve the efficiency of his crop spraying operations, Andrea had ordered a special new spray bar: twice as large as a conventional bar. He couldn't wait to try it out, and as soon as he got home he hitched it to his tractor and loaded up on herbicide. And off he went to one of the big fields behind his house, and began to spray his crops.

He could see his house in the distance, with his wife standing outside, holding their daughter Gaia - then hardly a year old. Gaia shakes herself free and toddles around the house after her mother. Watching them, Andrea feels happy. And then, an unexpected change in the weather. All of a sudden, out of nothing, a fierce wind began to blow. It was blowing straight towards Andrea's farmhouse. To his wife and their daughter Gaia. And something that wasn't supposed to happen was unfolding before his eyes: the cloud of herbicide from the back of Andrea's tractor began drifting downwind. And then the toxic cloud engulfed his wife and daughter. 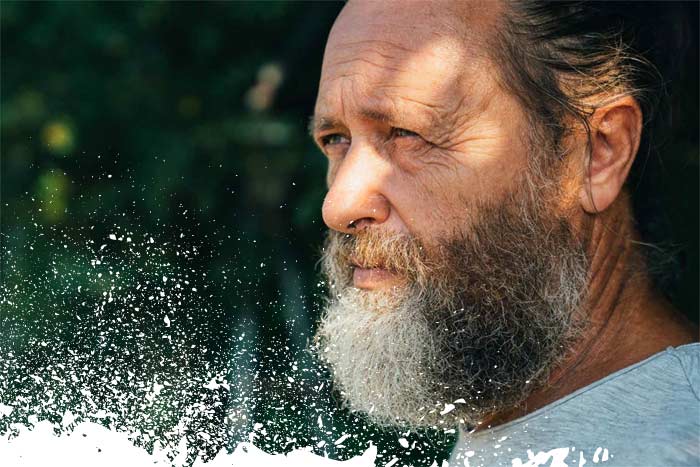 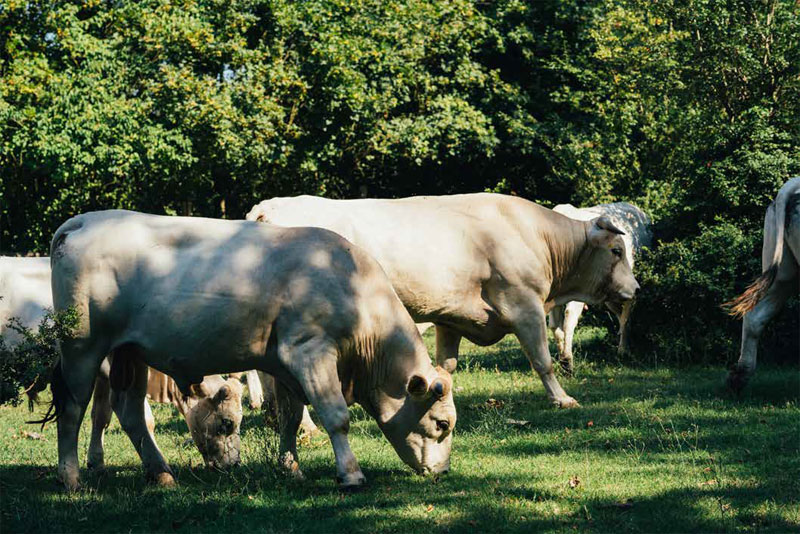 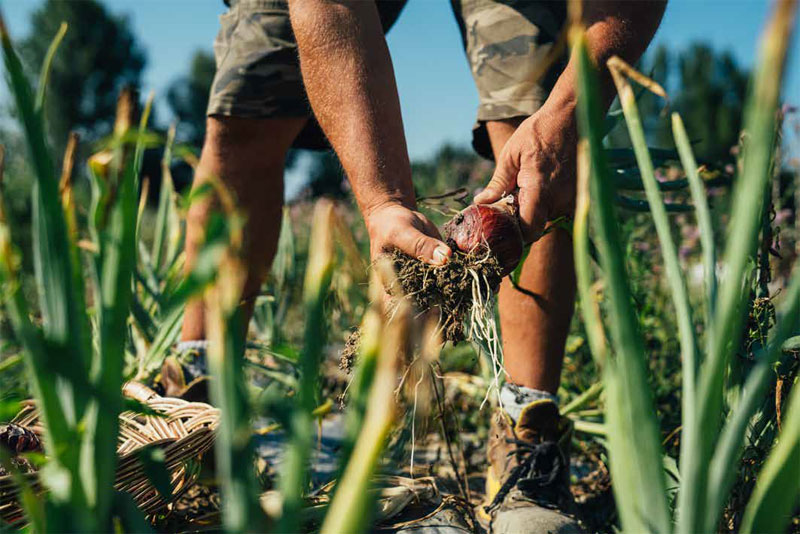 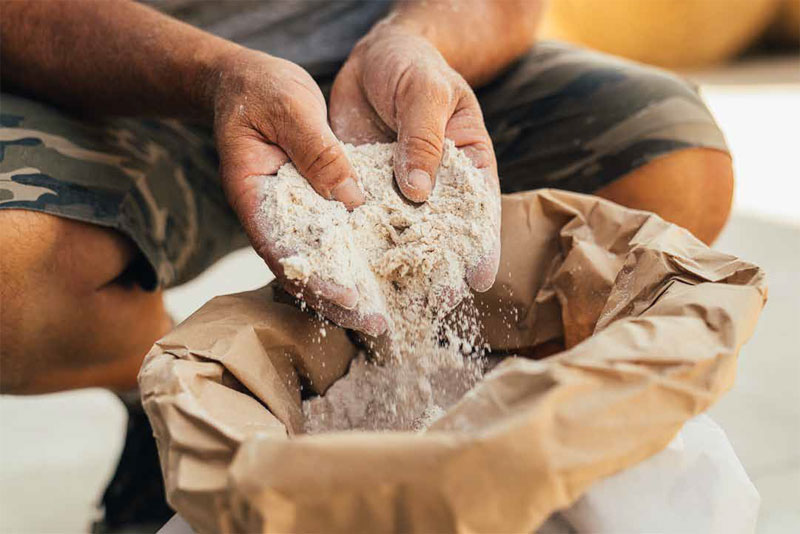 Andrea dropped everything and ran back to the farmhouse as fast as he could. Fortunately they were not seriously hurt. They'd managed not to breathe too many noxious fumes. The little girl coughed a little; but that was all.

But for Andrea, things had changed forever.

Something unexpected had happened inside him. All those misgivings he'd harboured for so many years - he could no longer keep them locked away in a corner of his mind. That single event changed things. Like the flick of a switch.

Andrea walked back into the field, back to his tractor. He unhitched his new spray bar and took it back to the cooperative.

That day, Andrea converted to a new way of farming. It was the first day in a long process of transformation - for Andrea as a person, and for his farm. From that day on, Santa Croce was a farm dedicated to organic and biodynamic agriculture.

Andrea re-structured his farm almost from scratch. He began by planting the thousands of trees and shrubs which now surround his farm; and the field behind his house, where the toxic cloud incident had taken place, he converted into a large yard for raising semi-feral farm animals of various sizes, from hens, chickens and turkeys to sheep, pigs and cattle.

Every animal on the farm exists in relation to the others in an open-air environment which is more conducive to animal well-being than any other farming method.

The transformation set in motion by Andrea is increasingly geared towards true sustainability - and a truly sustainable approach is one which responds to economic, environmental and social imperatives. Everything produced at Santa Croce accords with a fundamental principle that can be put quite simply:

At Santa Croce, ensuring the health of every plant and every animal means respecting them as living things and the environment that surrounds them. The various crops grown on the farm are destined for local use as animal feed and for human consumption. A large vegetable garden supplies much of the farm's needs. This approach is in significant contrast to conventional farming systems, where the absence of rotation increases the reliance on chemicals.

Andrea's next step was to open up his farm to visitors with an agriturismo where guests are served meals prepared mostly from ingredients grown and produced on the farm. A zero-waste, zero-miles approach to production. Andrea hasn't forgotten the social dimension of sustainability. Santa Croce is also an educational farm which has brought thousands of schoolchildren into direct contact with the world of farming, with initiatives such as workshops where children can learn how to bake bread or grow their own vegetables. But the social aspect doesn't stop there. Andrea's farm also organizes community meetings on topics ranging from sustainability and organic farming to the environmental impact of agriculture. Participants in the meetings are encouraged to visit the farm's exhibition fields, which over the years have grown to host over 300 modern and ancient varieties of crops: soft wheat, durum wheat, sorghum and millet. A direct and practical manner of explaining the value and the ultimate purpose of biodiversity and the fundamental role it plays in today's - and tomorrow's - agriculture. Sometimes great things really do grow from a tiny seed. Today, Santa Croce is widely acknowledged as a pioneer of sustainability. And all because of a strange combination of events. A sudden gust of wind, a small child making her first, faltering steps, a cloud of toxic herbicide. A chance combination that nobody could have predicted. 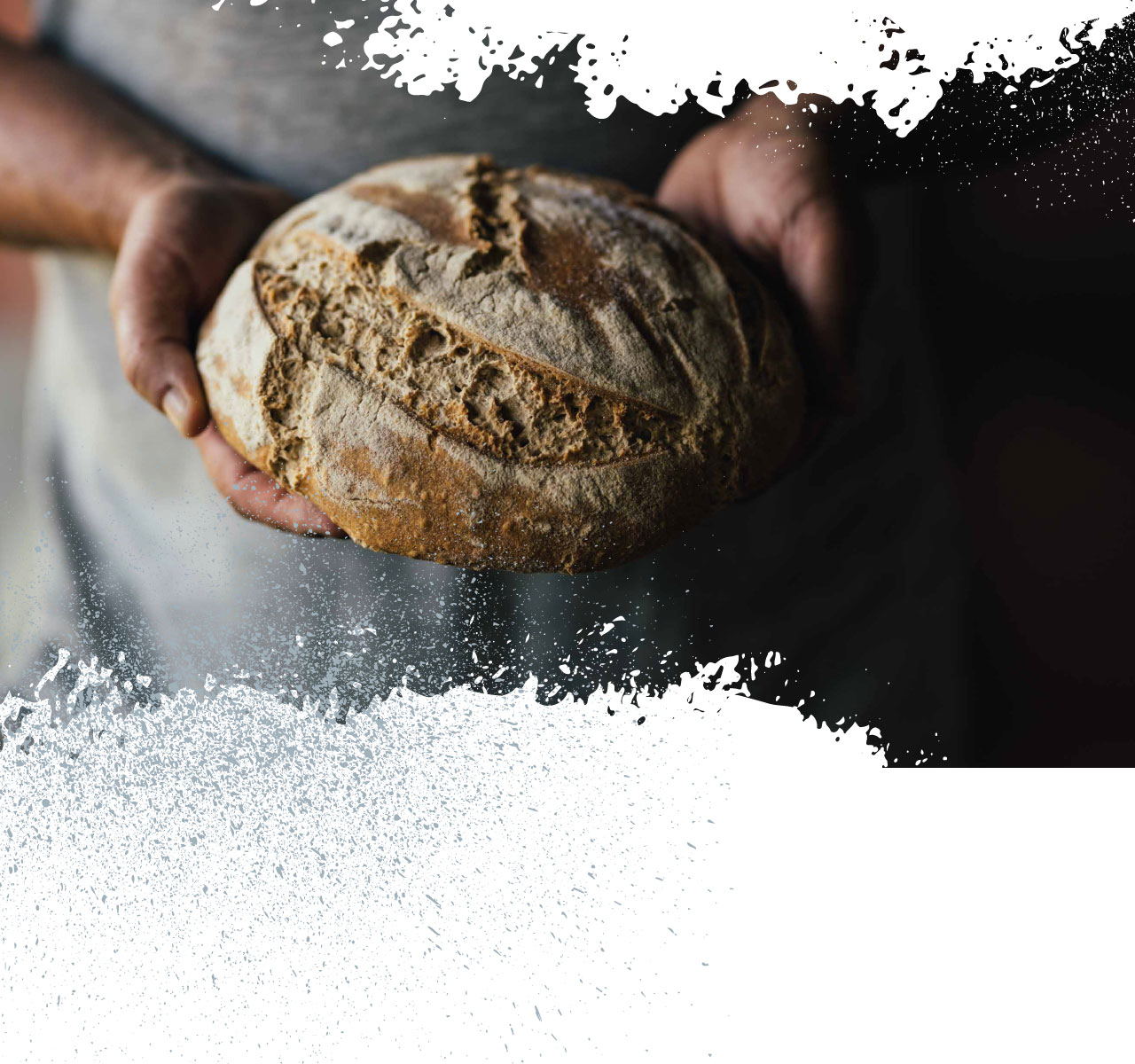 The extraordinary power of alcohol

Nature itself offers us a solution against viruses, and the largest wine-making cooperative in Italy quickly provided it to the market:
The alcohol by Caviro Extra.

The unforeseeable and the fashion system

React and act. Now.
How the Italian fashion sector has responded to the unexpected global health emergency.