There is a great film by Clint Eastwood, J. Edgar, about the founder of the FBI, which, among other things, narrates the time when they realised at the beginning of the 1930s that Hollywood was producing too many films with barbaric criminal protagonists.
He maintained that these antiheroes were bad examples, so he put pressure on the film industry until some of the most famous actors of the time shifted from playing gangsters to taking on the role of more positive heroes, such as federal agents, policemen, etc.

Cinematic images have always had the power to make films and artists into examples to follow, to identify with, or at least to listen to.

Our country, for example, has a great tradition of cinema committed to social change, that exposes issues. Just think of Rome, Open City by Rossellini, Hands Over the City by Francesco Rosi, or the more recent Gomorrah by Matteo Garrone and A mano disarmata by Claudio Bonivento.

The topic of the environment is taking its place slowly but surely in the history of cinema.
According to the great film-maker Bertrand Tavernier, it was the Lumière brothers themselves who introduced it, with shots of an oil well burning in Baku, in Azerbaijan. That was in 1896. In recent decades, we can no longer count the number of cinematic works that have represented the environmental crisis in its multitude of facets.

The Green Drop Award, the prize that Green Cross Italia awards each year at the Venice International Film Festival, has borne witness to this process for eleven years now.

It was during a train journey from Turin to Sorrento, worthy of a Jerome K. Jerome story, that the idea came about to establish a prize for those films in competition at the biggest cinema festivals (Venice, Rome, Berlin, Cannes...) that depicted environmental themes and movements. It seems strange to say, but at the time (it was 2011) nobody had yet thought of it.
This is how the Green Drop Award came about, christened not even a year later by Claudia Cardinale, Claudia Gerini, Ermanno Olmi and Ugo Gregoretti.

The Green Drop Award is given to the film that "has best interpreted the values of ecology and sustainable development, with particular attention to the preservation of the planet and its ecosystems for future generations, to lifestyles, and to cooperation between people."
The trophy is a drop of green Murano glass, blown by master glassmaker Simone Cenedese, which each year contains some earth from a particularly significant place on the planet.
The four elements are symbolically encapsulated in this trophy: the fire that has forged it, the blown air that has shaped it, the earth contained inside, and the water represented by its shape.

And these are the films awarded with the coveted Drop in the last 10 editions: in 2012 the award was won by The Fifth Season by Peter Brosens and Jessica Woodworth; in 2013, Ana Arabia by Amos Gitai, and in 2014, The Postman's White Nights by Andrei Konchalovsky; in 2015, Behemoth by Zhao Liang; in 2016, with an ex aequo, the winning films were Spira Mirabilis by Massimo D'Anolfi and Martina Parenti, and Voyage of Time by Terrence Malick; in 2017, First Reformed by Paul Schrader, plus a "special" Drop for the animated short that opened the Horizons section, Nausicaa - L'altra Odissea by Bepi Vigna; and in 2018, the award went to At Eternity's Gate by Julian Schnabel. In 2019, it was J'accuse by Roman Polanski; the 2020 winner was Notturno by Gianfranco Rosi; and in 2021, Il buco, a film directed by Michelangelo Frammartino.

It is always important to keep in mind that a film festival is not just a showcase or a talent show of films that will probably be successful, but a true exhibition of ideas that often preempt the expectations of the public, interpreting their fears, desires and tastes, and can be experimental, surprising and disorientating: it is unlikely they will leave us indifferent.

The twelve films awarded with the Green Drop Award (including the ex aequo in 2016) until 2021 show a substantial variety of different genres and styles, and different ways in which the topic has been interpreted by the leading artists in the world of cinema.

The 2022 Green Drop Award went to the film White Noise, by Noah Baumbach, an adaptation of the novel of the same name by Don DeLillo, winner of the National Book Award in 1985: a surreal, grotesque, accomplished account of the present through the obsessions of the 1980s. The prize was collected by Netflix, who produced the film. 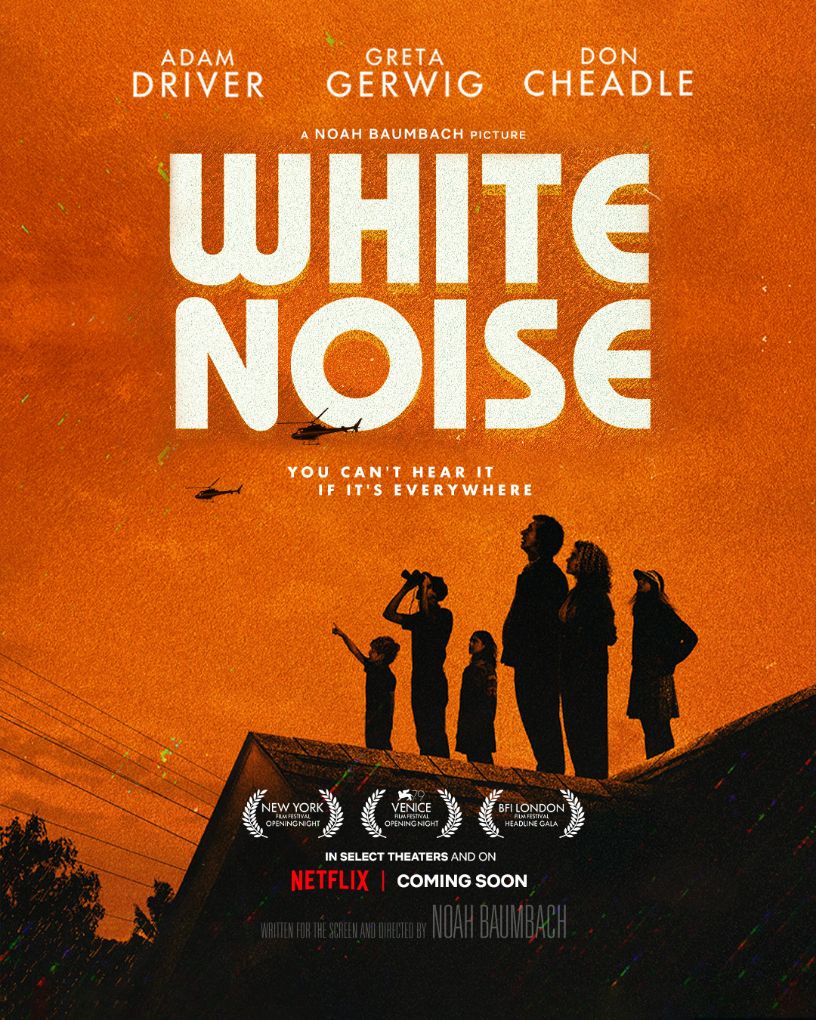 “Awarded for having understood how to address the topic of the environmental apocalypse in a realistic, unsettling way, with satire capable of embracing various aspects of contemporary society, where the power of the media and consumerism generate a series of obsessions that risk altering the perception of the problem”, Simone Gialdini - Director of ANEC.

The Special Prize, in collaboration with ENEA, the national agency for new technologies, energy and sustainable economic development, went to Dry by Paolo Virzì, a film shown out of competition.
In Rome it hasn't rained for three years, the film narrates:

«A real emergency," explains Paolo Giordano, one of the four screenwriters of Dry, along with Francesca Archibugi, Francesco Piccolo, and the director himself, Paolo Virzì, "that actually happened a few years ago in South Africa, in Cape Town, where they decreed water rationing and a state of emergency in terms of water consumption." Giordano continues: "I remembered a moment in 2017 when they were even speaking about rationing water in Rome, and so the story of Dry came about through our conversations. We had the idea of setting many different stories within the context of a plausible emergency in our current times.» 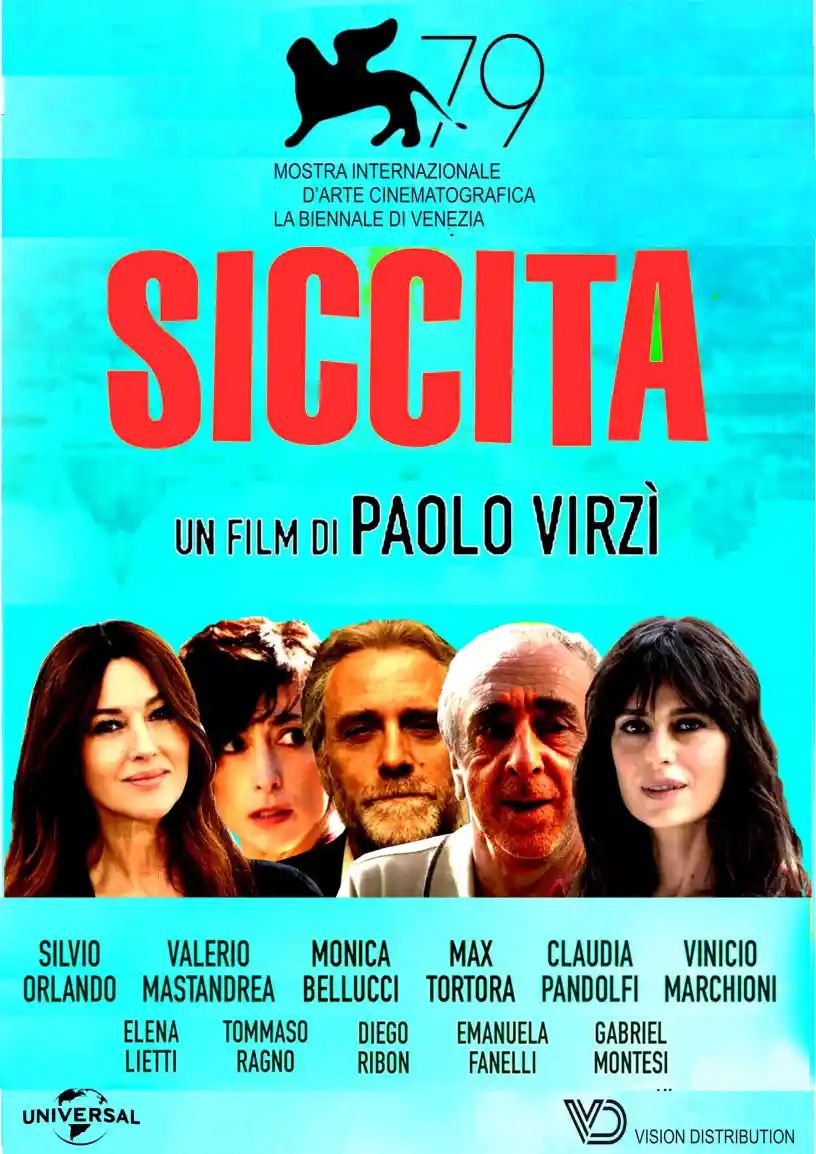 And in the months preceding the film's release, the drought depicted in the prophetic film became a reality, with one of the driest summers our country has ever experienced.
This is the power of the environmental cinema that the Green Drop Award "certifies" each year with its prize. 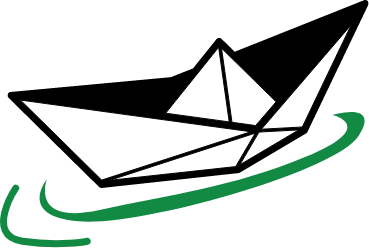 Books, the masters of inner freedom: they open the cage of our ego and guide us in the ability to listen to others, understand ourselves, and be part of everything.

Why does your company exist?

NATIVA, the first certified B Corp in Italy, explains the revolution of its concept of enterprise. Because the Earth speaks to the conscience of the industrial man.