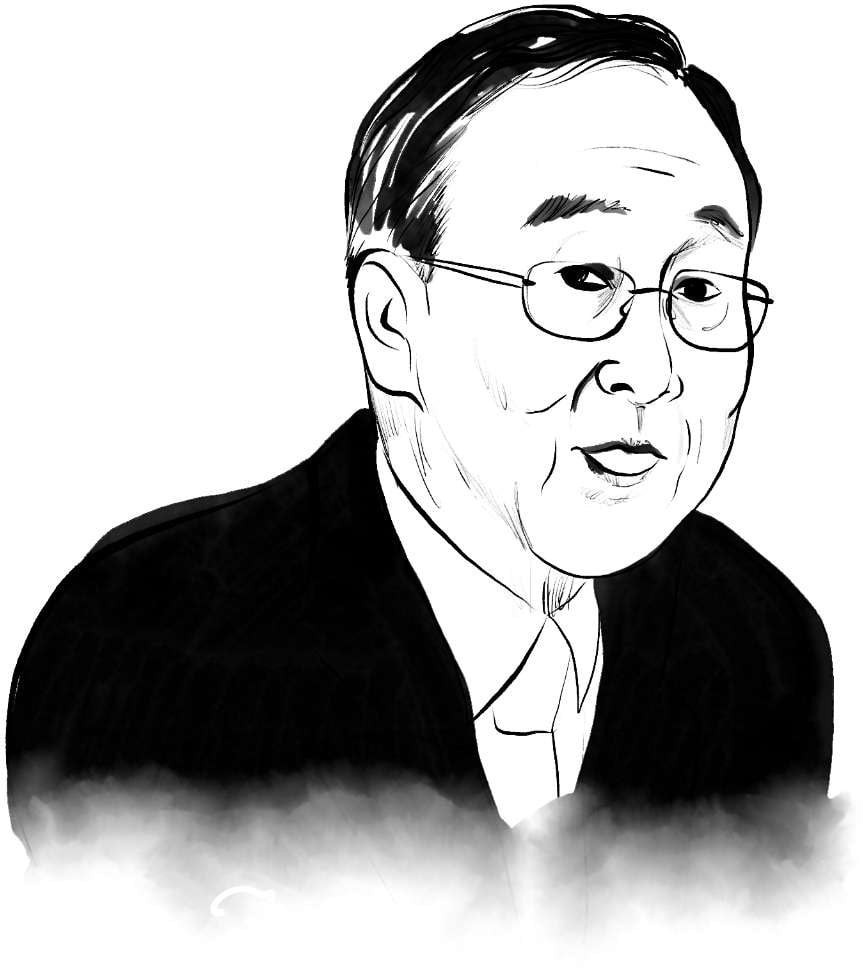 SUSTAINABLE CITIES TO SAVE THE PLANET 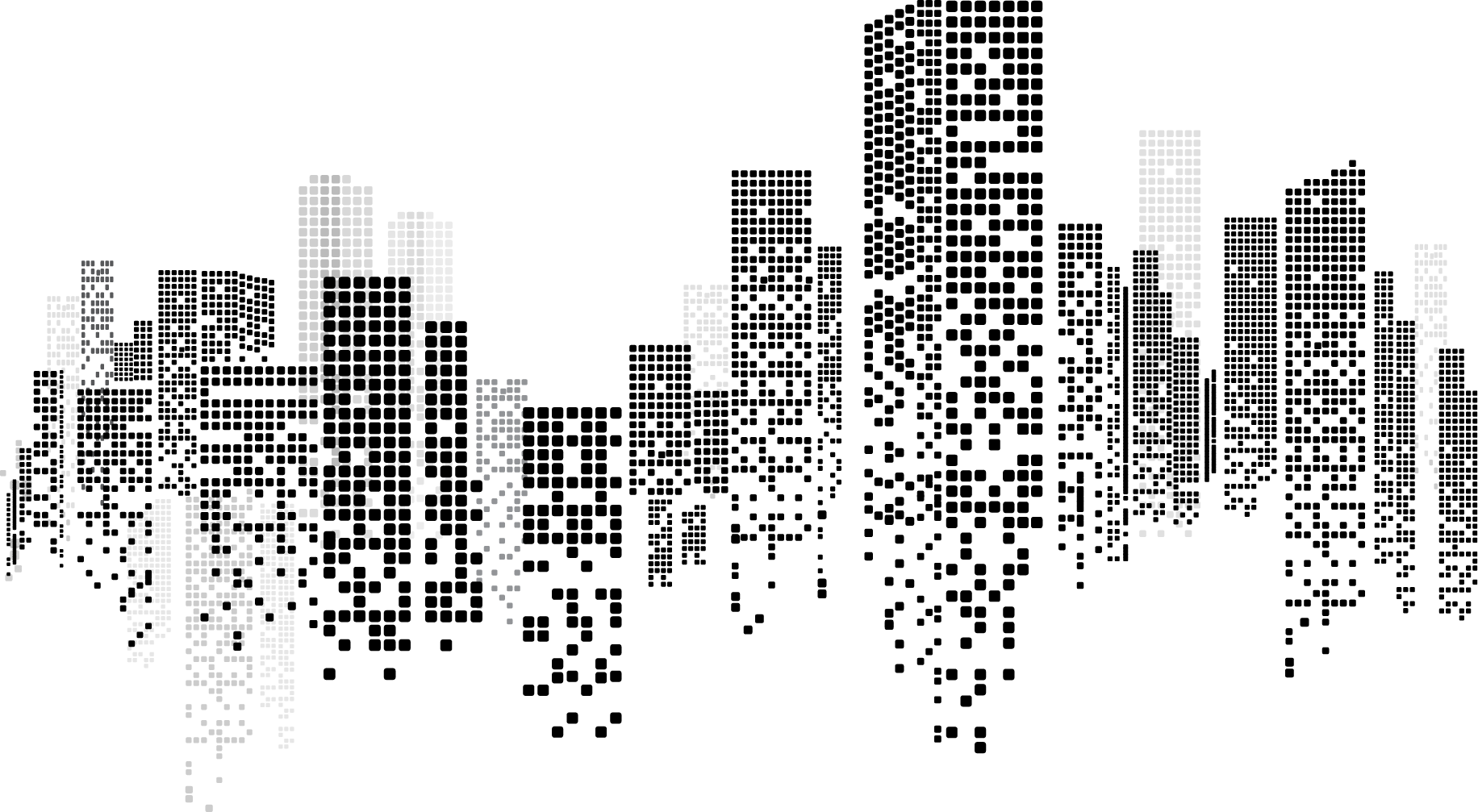 "Our fight for global sustainability will be won or lost in the cities."

This is what Ban Ki-moon, then Secretary of the United Nations, declared in 2012, reflecting on an objective observation: urbanisation is a continuously growing phenomenon, to the extent that by 2050, 68% of the global population will live in cities, which will need to be able to transform, becoming ever more sustainable.

But at what price? Even though there are many worries, and we can perceive climate change through the effects it creates, the ecological transition has actually already been in progress for some time; we are not at year zero, and this is good news.

The definition of sustainable development that is still commonly accepted is from the "Brundtland Commission", contained within the famous report published in 1982. The Conferences of the Parties (COP) that have followed, right up to the most recent COP26, have tried to analyse and monitor the problem objectively, give directions, and pose the question of the climate by committing as many countries as possible to this common goal.

Greta Thunberg is right to make her voice heard, as after all, forty years have passed, and the problem of climate change persists: we should have been speaking less and doing more. Declaring that nothing has been done, however, seems reductive. 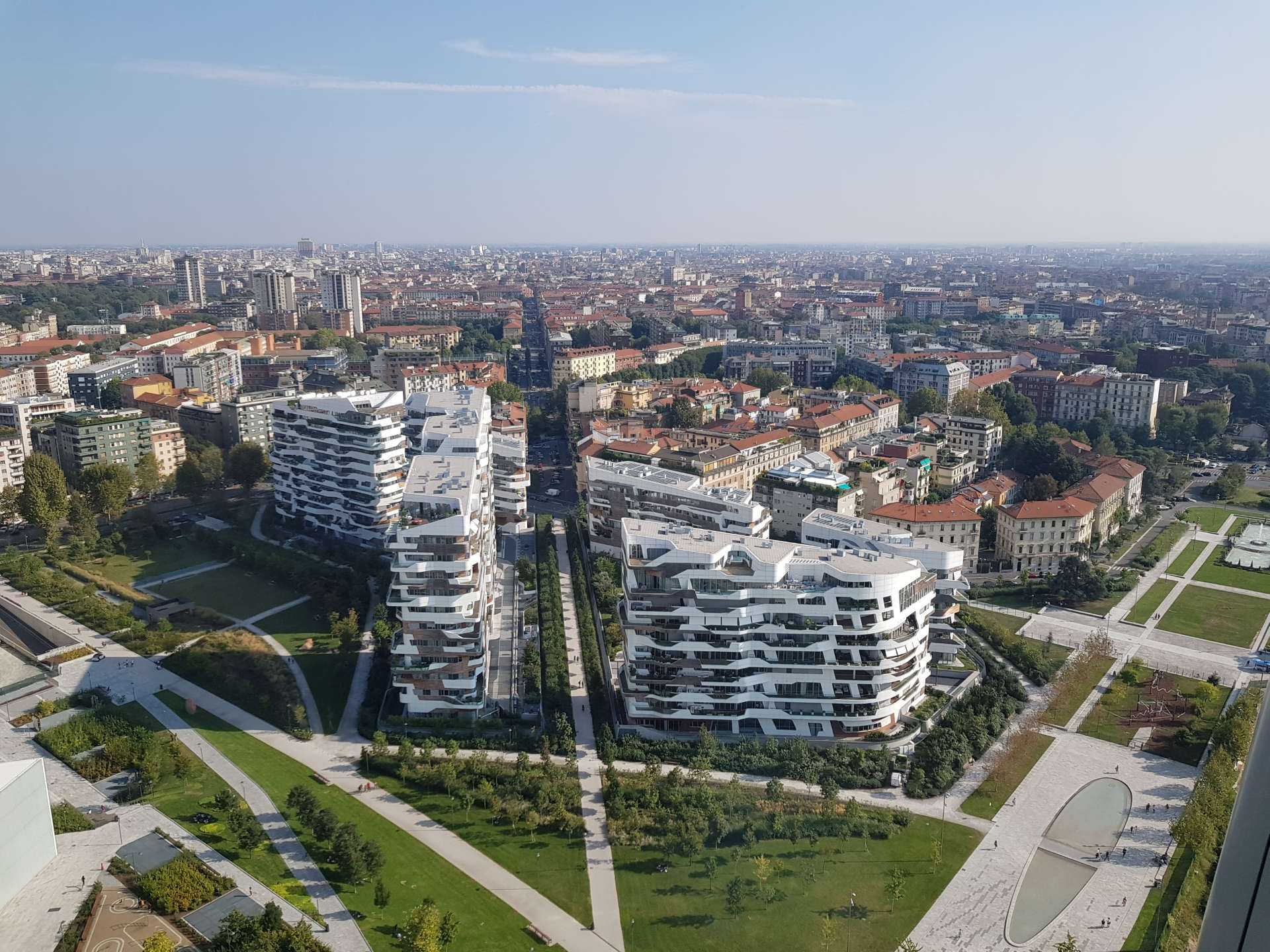 SUSTAINABILITY IN THE CONSTRUCTION SECTOR:

Sustainability in the construction sector, which is not only environmental, but also economic and social, is supported at a practical level by the Green Building Councils (GBC), which, starting from the United States, have spread around the world, creating the WorldGBC, a network made up of around seventy associations.

The idea of the GBCs, which in my opinion is brilliant, was to promote energy and environmental certification frameworks, commonly known as rating systems, that would be able to "measure" the sustainability of a building, such as LEED, BREEAM, GBC, WELL (the most widespread certification protocols that conform to the Minimum Environmental Criteria - CAM), to cite a few.

Buildings designed and built according to these frameworks, which become real guidelines, have a much lower impact on the environment and the territory, therefore helping to make cities more sustainable: just think of the Milan neighbourhoods Porta Nuova Varesine, City Life and UpTown.

In the collective imagination, when we think of a green building, we think of the architect Stefano Boeri's "Vertical Forest", but in fact just in the city of Milan there are over 350 of this type of building, even if they are less famous, and more than 500 at a national level. 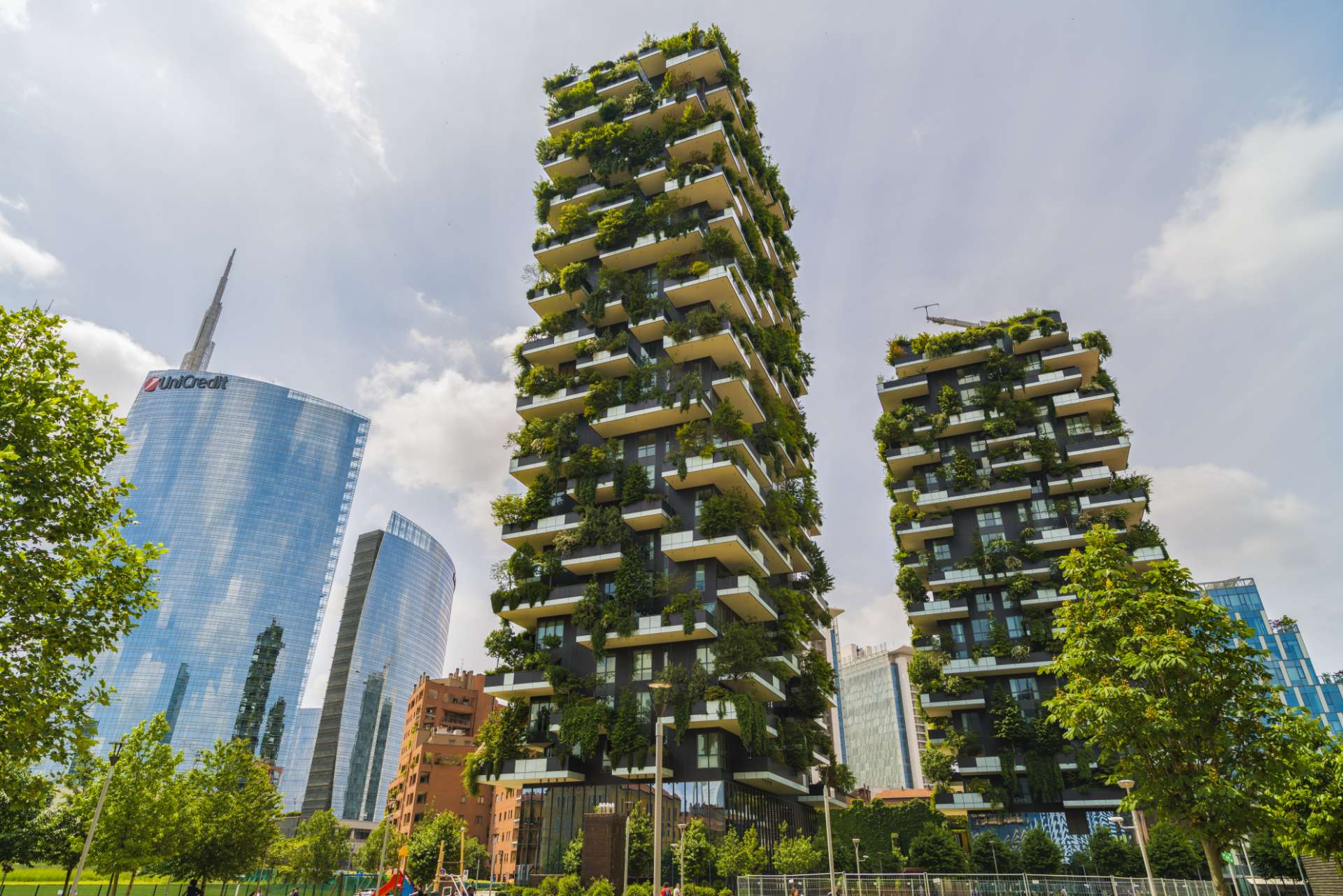 GBC Italia, the non-profit association that mobilises the entire supply chain for the world of green construction, has contributed to COP26 by proposing the Manifesto Sustainable Cities to Save the Planet. This is a document that doesn't only collect together a list of good intentions or inapplicable rules, but, to the contrary, makes the shared principles on the possible strategies to promote the sustainability of cities usable, starting from the experience gained through what has already been done.

There are three macro-strategies promoted by the Manifesto: decarbonisation, circularity and resilience.
Regarding the first, this is aiming towards reducing emissions with the goal of neutralising them by 2050, in accordance with European strategies.
The second, instead, indicates the need to accelerate the introduction of circularity into the construction sector, proposing that all new buildings or renovated buildings should be designed, built and managed in a way that maximises their life cycle.
The third, which regards resilience, promotes strategies at city level that allow damage from extreme climatic events, fires and earthquakes to be contained as much as possible, and increase biodiversity. 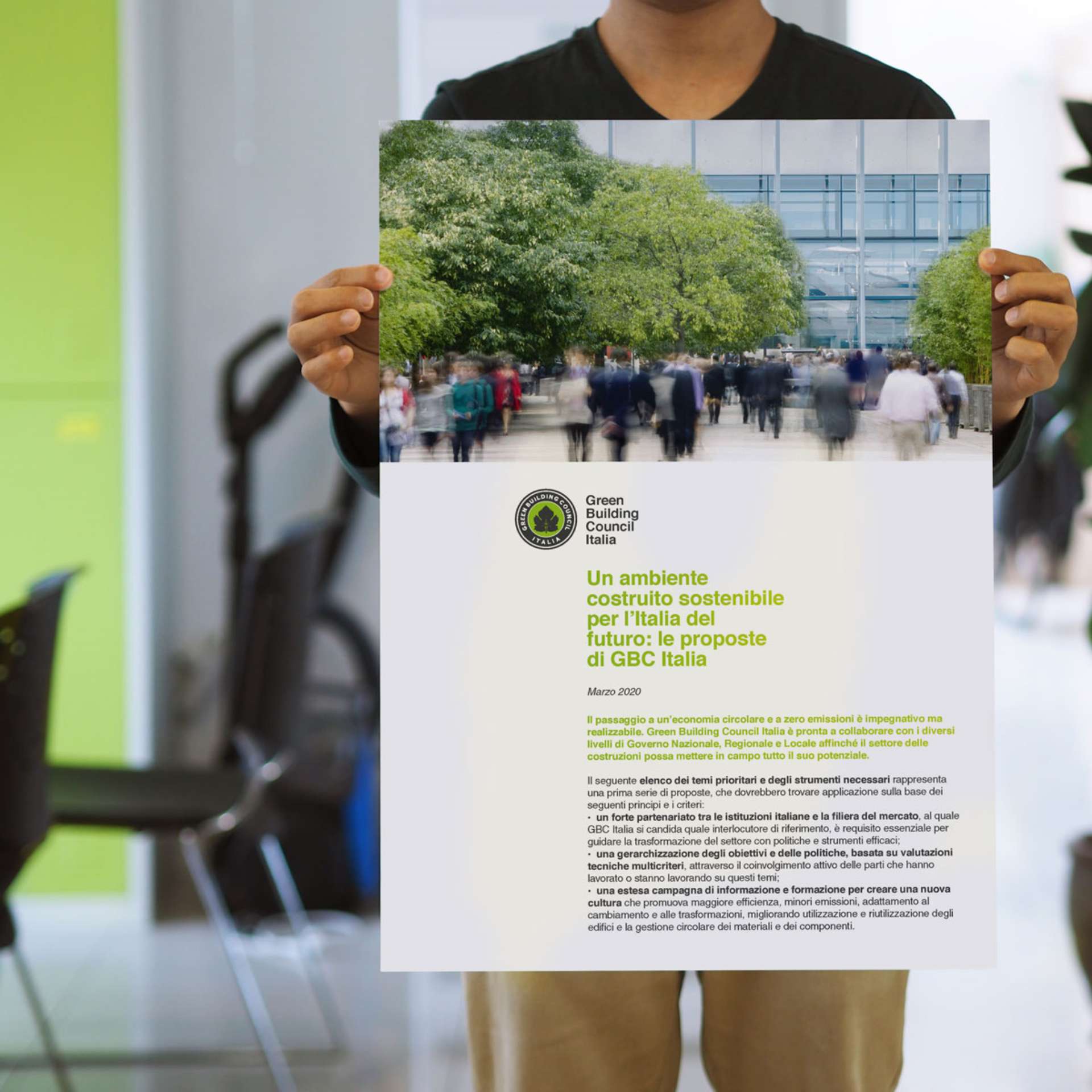 THE ROLE OF CITIZENS

But what could the role of a citizen be in this world of strategies that always seem to be dictated from above, alternating between successes and failures?
I believe that the role of citizens is fundamental, because everything is based on radical cultural change in our society, which is made up of citizens.
Contributing to the fight against climate change and for a more sustainable future shouldn't be a performance of radical chic, but a shared practice supported by objective situations.
Let us consider the first point of the GBC Manifesto, on decarbonisation. Around 40% of the traditional fuel consumption we want to reduce to zero regards the civil sector, meaning also our homes. The level of energy wastage in the buildings we live or work in is extremely high, and the paradox is that we manage to waste it even when we intervene by changing the windows or adding thermal insulation.
Ample room to manoeuvre, for those living in the city, involves mobility: our cities continue to be congested, and I am concerned by the fact that electric bikes are so popular among young people, who have strong legs for pedalling (this is not sustainability, but fashion).

Then, if we speak about the circular economy, every one of us can contribute a great deal by avoiding waste, starting with food, but that's not all! There are many wonderful initiatives, such as those recycling used clothes, collecting food at the end of the day, or sharing rides through apps: this too is a circular economy! 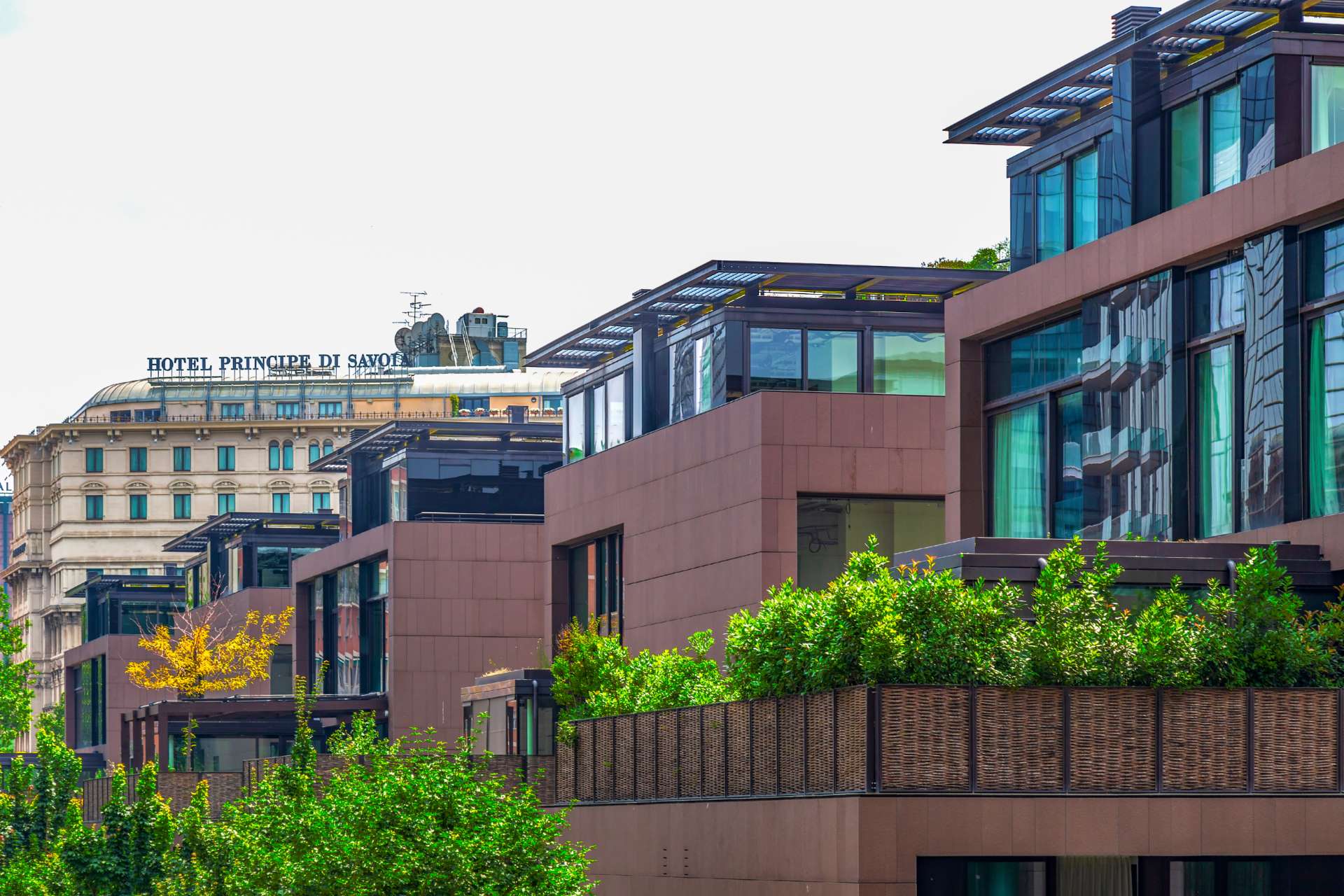 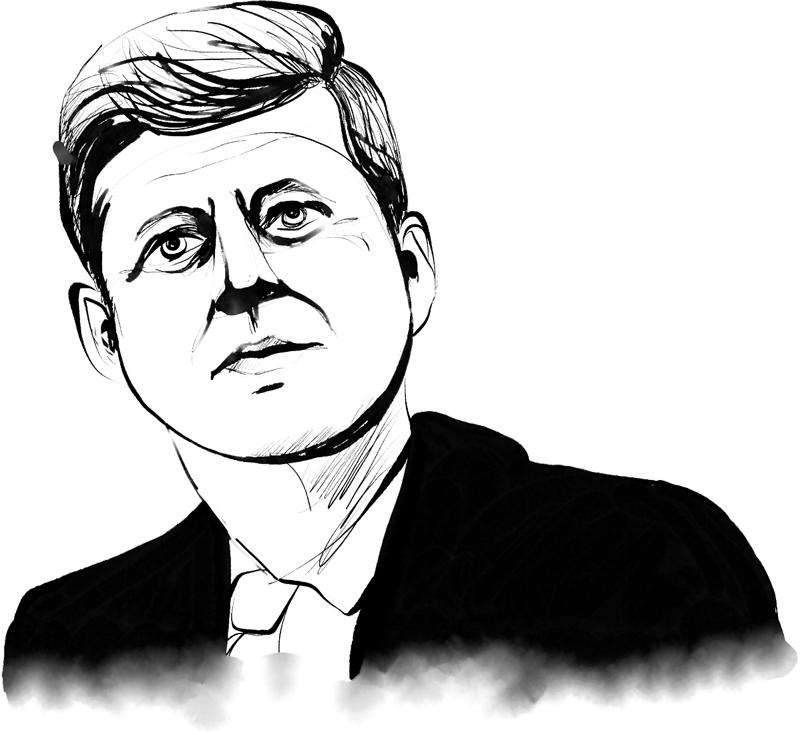 Resilience, the third point in the GBC Manifesto, regards open spaces, common spaces. Gaining a better understanding that these spaces are not others' spaces but our spaces, even though they are shared, will help us to have a more respectful passive attitude, but could also encourage us to actively participate in the many initiatives promoted by associations, for example contributing to the rewilding of those areas that are abandoned.

I would like to close my reflection by paraphrasing a famous quote from John F. Kennedy, which, obviously, I have reworked to speak about sustainability:

"Ask not what your country or the European Union can do to guarantee a more sustainable life, ask instead what you can do with your own actions to make it so."

Only this way can our fight for global sustainability be won.

Design for All: a sustainable future, for everyone

Focusing on design for human diversity, social inclusion and equality. Because true social sustainability must mean wellbeing for every person.

Communicating the challenge of sustainability

The climate crisis: on what basis can we map out our future? With Donato Speroni, we investigate the social, political and communicational responsibilities involved.