Design for all: A SUSTAINABLE FUTURE, FOR EVERYONE

Limit, from the Latin, limes, limitis, brings to mind the border of the Roman Empire between the Rhine and the Danube, in the second century.
But the limes was not an uncrossable border; in fact, quite the opposite: it was a permeable region, rich in exchange, where people and goods passed through.

Ok, but what does this have to do with Design for All?
Design for All is a discipline that rejects the concept of uncrossable borders, so it has a lot in common with that permeable limes.
DfA is forever in search of the challenges of tomorrow - those challenges that our society sometimes offers us with some advance notice, such as climate change, but sometimes blow up without warning, such as the pandemic.

The concept of Design for All was created around 30 years ago to develop designs for accessibility and improve the lives of people with disabilities. 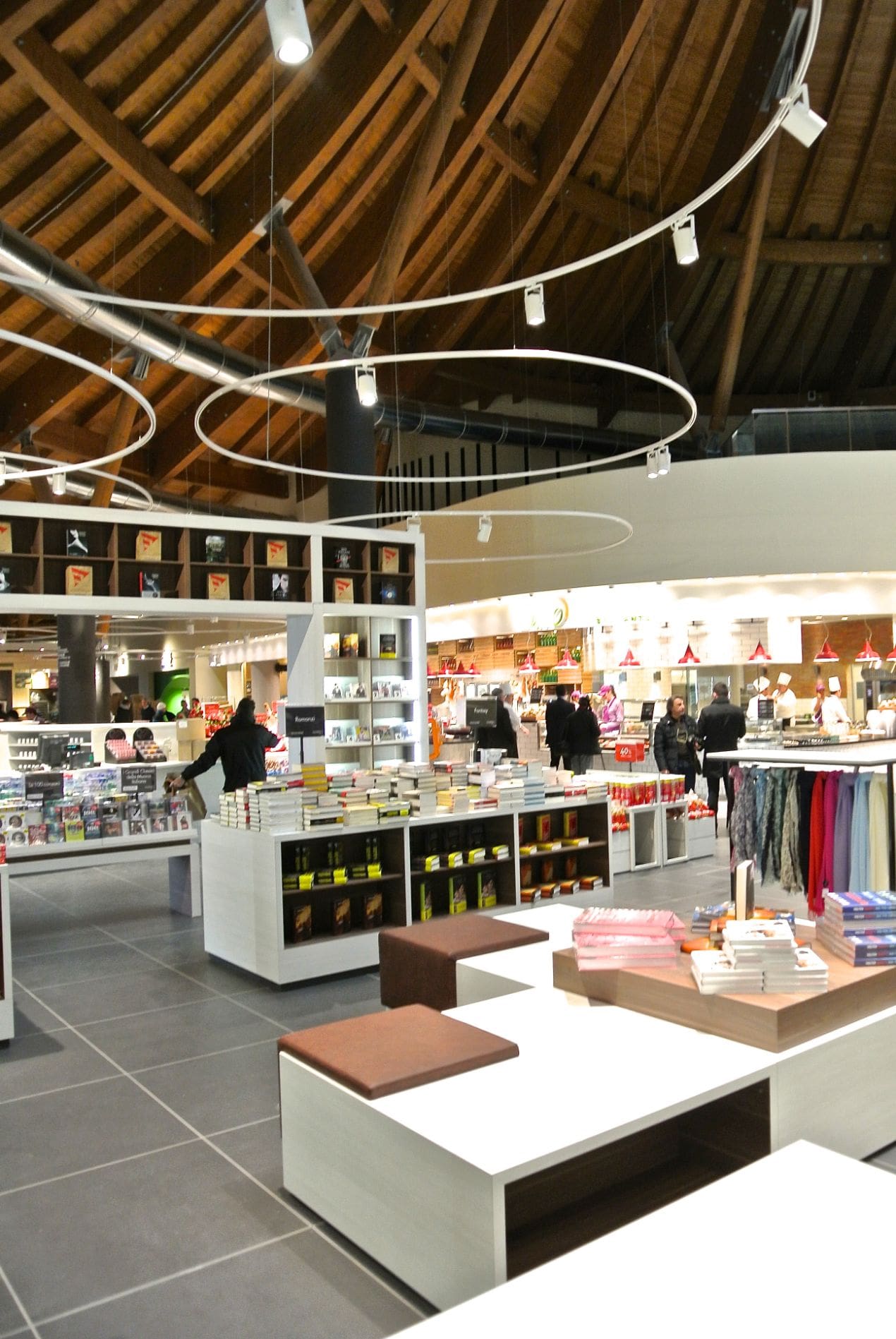 We soon realised that ad hoc projects create discrimination, as if the infinite variety of this part of the population constituted a separate community, and was not part of the social "whole".

This is how the idea came about not to create projects designed for easily identifiable groups, which too easily risk being considered ghettos, but to create designs starting from the assumption that humanity is diverse, that every individual is different.
This idea was the first time we confronted the uncrossable borders that surrounded and delimited the traditional project, transforming them into permeable limites. Permeable for omnes (all), with creativity and innovation.

In the society of mass production, the best traditional products have always been aimed at a specific band of the population, identified as generic users from an ideal population of 25-year-old men in perfect health, blessed by unrealistically good fortune, not subject to aging or accidents, who will never have a leg in a cast or a bad back, and who, being men, will never be thrown off balance by a baby bump. The rest of the world makes do, facing "an eternal obstacle race" (Paul Hogan, founder of EIDD, 1993).

But the world has now distanced itself from that type of design, when Henry Ford said that you could choose the Model T in any colour, as long as it was black.
The trend for customisation, personalisation, has now taken over, and designers are listening. And this act of listening has revealed a world of difference: we no longer have all users in general, but all users made up of each individual user. 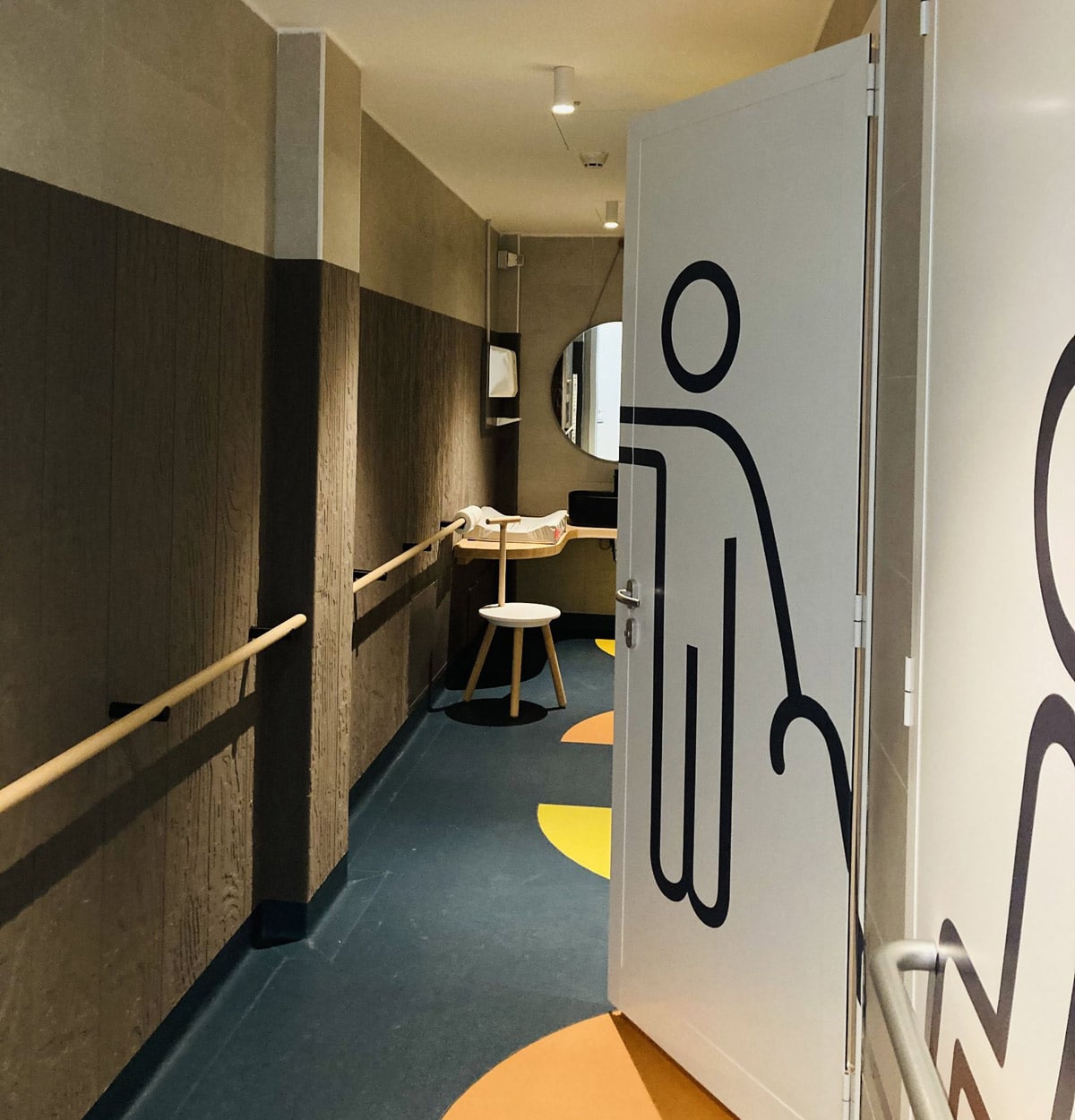 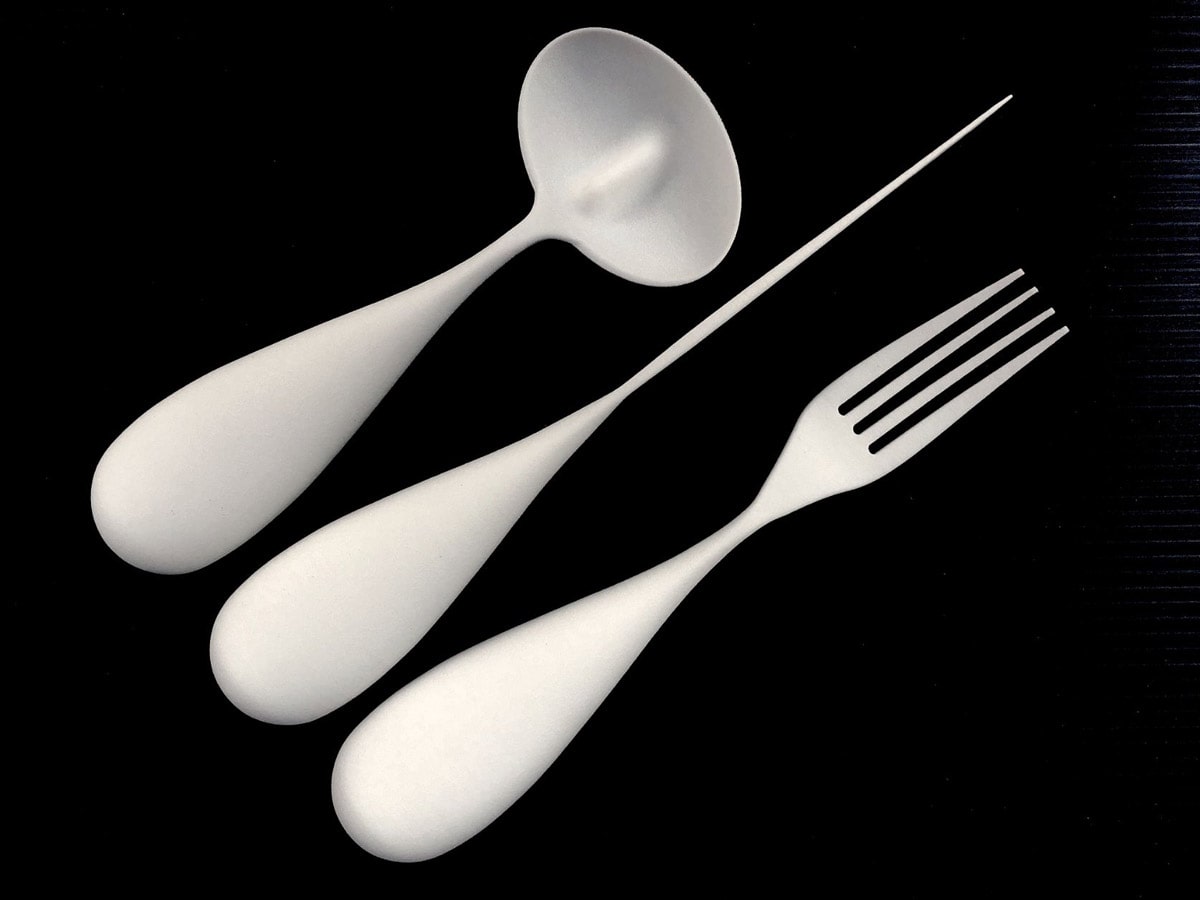 Cutlery for everyone (recommendation for the Compasso d'Oro/Alessi prototype), 2018 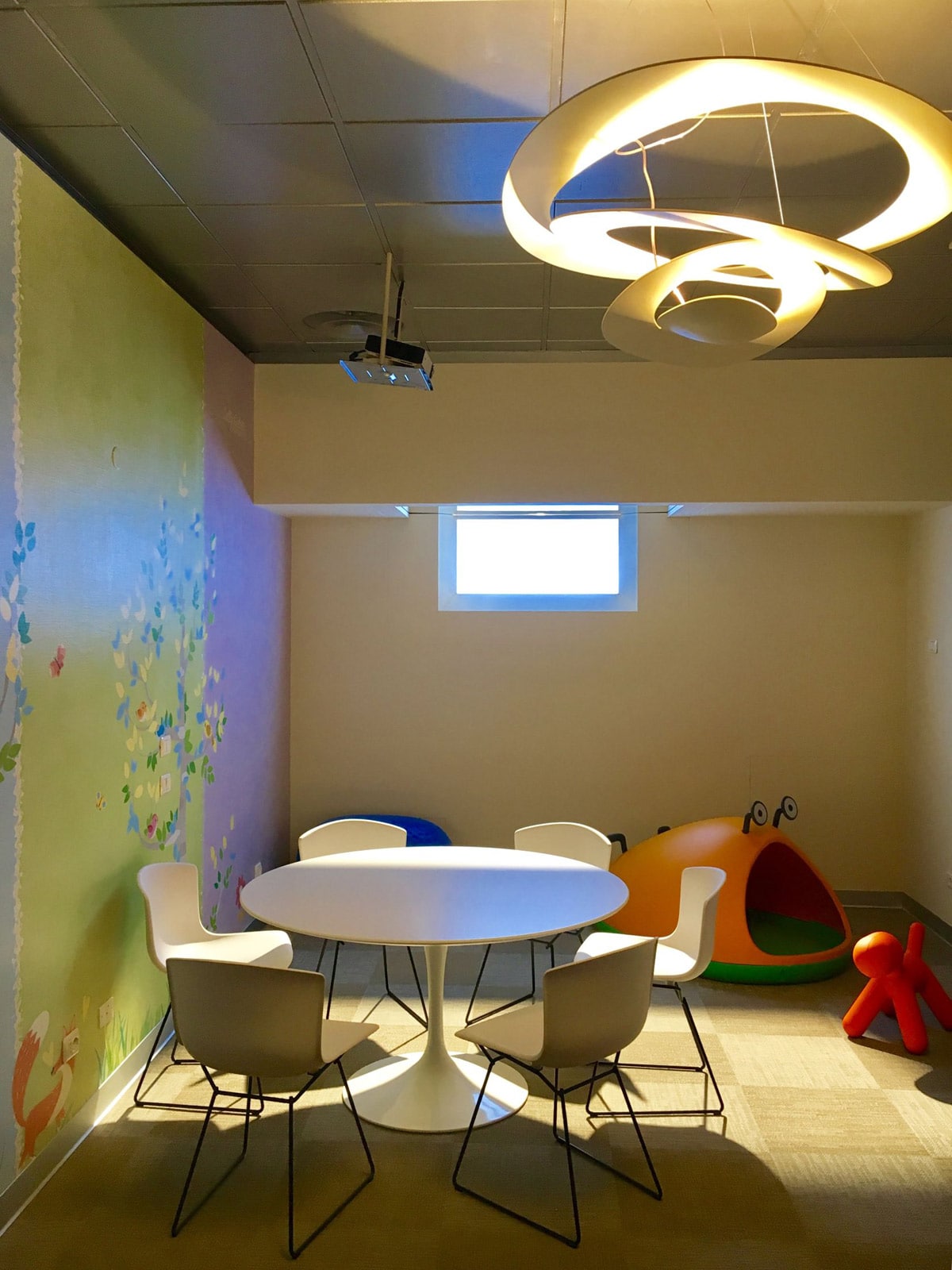 Waiting room at the Clinica Mangiagalli/Policlinico di Milano (certificazione Design for All), 2018

But how is it possible to reconcile mass production, which is necessary for economies of scale, with personalisation according to the needs and desires of human diversity?
The Design for All methodology is the answer.
In this regard, I would like to include a long quote from the Stockholm Declaration:"Design for All is design for human diversity, social inclusion and equality (...). Design for All aims to enable all people to have equal opportunities to participate in every aspect of society. To achieve this, the built environment, everyday objects, services, culture and information – in short, everything that is designed and made by people to be used by people – must be accessible, convenient for everyone in society to use and responsive to evolving human diversity. The practice of Design for All makes conscious use of the analysis of human needs and aspirations and requires the involvement of end users at every stage in the design process."
EIDD Stockholm Declaration - Design for All Europe, 2004.

Over 17 years have passed since the Stockholm Declaration, and today we prefer to no longer speak just about "end users", but about "experiencers": all those who, based on their personal lives, have experiences to contribute to the designer in order to better refine and adjust their project.

But let's return to the topic of limes, the permeable borders of the project.
30 years ago, our concern was inspired by the need for the social inclusion of people with disabilities, but over time it evolved to include diversity in its entirety: first the aging population, then immigrants, then ethnic and religious communities, both resident and maybe simply visiting as tourists.
And we are not only speaking about spaces and products, but also culture and education (for example the Master Class organised by the Association +Cultura Accessibile at the Royal Palace of Turin). Design for All Italia is also a certification body for design process quality, and provides a service for certification with the Design for All Quality Mark.

What, then, are the limits that can't be overcome?
Design for All aims to overcome every limit that slows down or impedes human wellbeing and social inclusion, in line with the concepts expressed by the precepts of social sustainability, cast towards the horizon of a sustainable future.
For all.

Inclusive Pompeii
The "Pompeii For All Route" crosses the main arteries of the city with access to the most significant buildings and domus. Over 3.5 km of path allows people with motor disabilities to visit the archaeological area in the most complete and easy way possible. 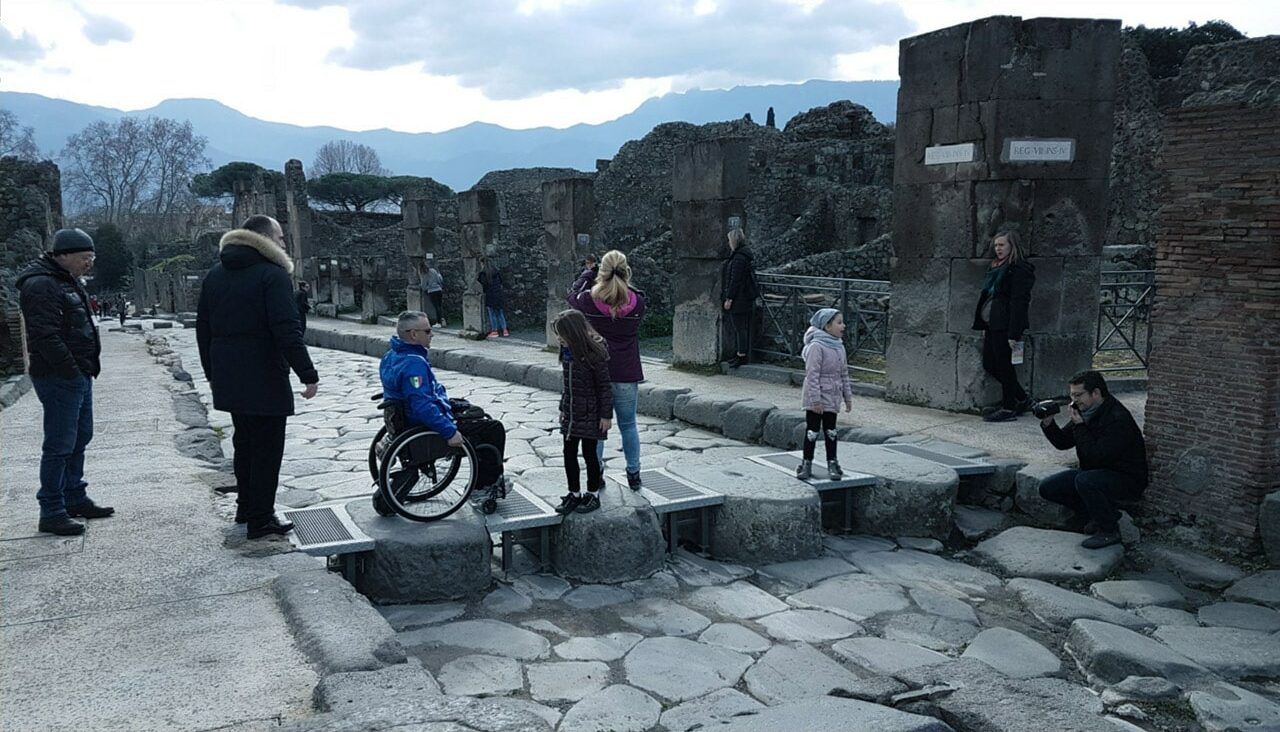 Sustainable cities to save the planet

The interventions of Green Building Councils (GBCs) for environmental, economic and social sustainability in construction. And a reflection on the role of citizens.

Communicating the challenge of sustainability

The climate crisis: on what basis can we map out our future? With Donato Speroni, we investigate the social, political and communicational responsibilities involved.